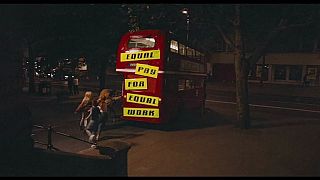 20 years on, artists have teamed up to remake the video for the Spice Girls’ debut track, “Wannabe”.

This time around, “Girl power” – is promoted by highlighting a series of U.N. global goals for women and girls.

The video is directed by young British filmmaker, MJ Delaney who talked about her motivations and hopes for the film:

“I wanted to make this film because I care deeply about the messages within it. I always jump at the opportunity to make something that’s in keeping with my political views and issues that I think are important in the world and to make a film that will make a difference, which I hope this will. I also am a huge Spice Girls fan and I was 9-years-old when ‘Wannabe’ came about and fell in love with them and discovered girl power. So, it was sort of a perfect combination for me and a little bit of a dream job.”

Backed by Project Everyone , an organisation which aims to eradicate poverty, and SAWA , the global cinema advertising association. “#WhatIReallyReallyWant,” will be shown in cinemas around the world.