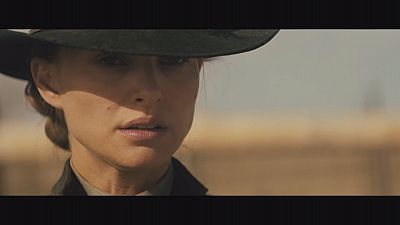 “Jane got a Gun” – and the Jane in the title of the movie is Natalie Portman who stars in the western about a woman who has to defend her home against a band of outlaws.

She and her family have been tormented by the notorious Bishop Boys and their relentless mastermind Colin. As the vengeful gang chase her husband Jane turns for protection to her former fiancee to help defend her family.

At the New York premiere of her new film, the 34 year-old said she was proud to play the part of a strong woman in a western, an unusual character.

“It was great to get to make this western with a tough woman and the centre. She’s hardened from this sort of life in the west, where there are so few women, you have so many obstacles to even arrive there, to make the trek west, that it definitely creates this hardened character. To see her in this sort of siege and caught between these two men is a very unusual kind of story that I got to make,” the actress told reporters.

The film was something of a passion project for Joel Edgerton and Portman – he co-wrote the screenplay, while she produced it. Edgerton was more than happy to be involved in the movie.

“Look I love it. I just wanted to be part of a western, you know. I had to be very simplistic about it, but the idea of being in a western was like bring it on, I’ll do it again. The fact that it was Natalie at the center of this movie – we are old mates from ‘Star Wars’ days, it was exciting too,” stressed the actor.