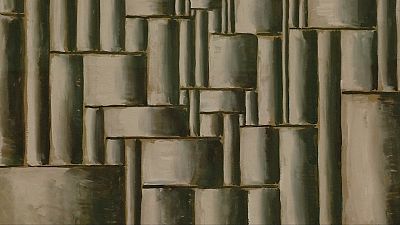 <p>A retrospective exhibition on the works of Joaquín Torres García has opened in MoMA (The Museum of Modern Art) in New York.</p> <p>Joaquín Torres García was one of the 20th Century’s most influential artists. Born in Uruguay in 1874, he moved to Barcelona in 1891. A painter, sculptor, novelist, writer, teacher and theorist, he also pioneered the renaissance of Classicism, and championed Catalan Art. </p> <p>Luis Perez-Orama, the exhibition’s curator, said: “Truly, in Latin America, he’s one of the very few founding figures in modern art. He’s also a very influential artist in the United States. Great artists from North America were always aware of his work but there has not been a retrospective of his work in the United States since 1970.”</p> <p>The exhibition focuses on two key periods in the artist’s life. The decade from 1923 to 1933, when he experimented with avant-garde movements while developing his own style, and the period during which he returned to Uruguay.</p> <p>Luis Perez-Orama said: “From 1935 to 1938, in Montevideo, Torres-Garcia produced one of the largest repertoires of abstract works ever seen in North or South America 1930s. Some of the feature figures which are not identifiable but the tectonic force of the images makes us think of pre-Columbian, ancient forms so that the true image is the actual construction of the work. I think it was a career high.”</p> <p>The retrospective gathers together more than 190 works, including paintings, sculptures and frescos. The exhibitions runs until February 15. </p> <p>For more information see the MoMA website:“http://www.moma.org/collection/artists/5907”</p>