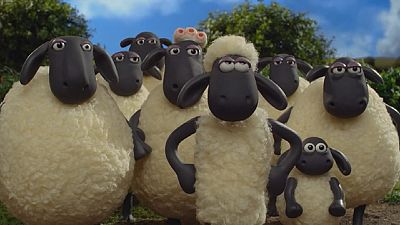 ‘Shaun the Sheep’ is the latest full length animated film from Aardman Studios.

It's about learning to appreciate what you've lost, or what you have

The premiere was held in London and attended by celebrities including Ed Sheeran and Rizzle Kicks, who performed the theme song.

Jordan Stephens, one half of Rizzle Kicks, said he was delighted to be involved with the project: “The bottom line is, I’m a huge Aardman animation fan. I grew up watching Wallace and Gromit. ‘A Close Shave’ is my favorite.”

In the Aardman tradition, Nick Park, the executive director of the film, delights in the fact that ‘Shaun The Sheep’ contains lots of amusing references to other films: “Since the beginning we’ve always put this kind of reference to other movies in our work. The way the guys have done this with ‘Shaun The Sheep’, it’s carried on that Aardman thing.

“It’s not just modern references to obvious things, it’s quite often movie references that only movie-goers might know. It makes it slightly more esoteric and a bit more rewarding when you recognise it.”

Shaun the Sheep is on screens now.