Ukraine's foreign minister said that NATO was "sidelined and doing absolutely nothing" about the Russian invasion of his country, while the EU was taking "revolutionary decisions" to help Ukraine. The minister was speaking at the World Economic Forum in Davos, Switzerland.

Fighting is intensifying around four cities in eastern Donbas, with Ukraine's President Volodymyr Zelenskyy accusing Russia of throwing the full might of the Russian army against the cities of Liman, Popasna, Sievierodonetsk and Sloviansk.

Meanwhile, Russian lawmakers on Wednesday passed a bill removing age limits for professional soldiers joining the military, which could pave the way for the Russian armed forces to expand recruitment.

The Russian parliament also gave preliminary approval for a bill that would allow the government to appoint new management of foreign companies that pulled out of Russia after its invasion of Ukraine.

See a summary of the latest developments in our live coverage below.

That's our Ukraine live blog coming to a close for Wednesday evening.

We're back again early Thursday morning with all the latest developments.

Small abandoned villages in Spain’s depopulated regions have become home to mothers and children fleeing the war in Ukraine. 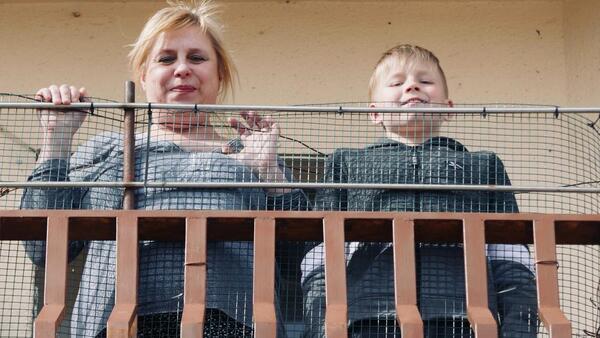 Ukraine's diplomatic chief Dmytro Kouleba accused NATO on Wednesday of doing "absolutely nothing" about Russia's invasion of his country, but praised the European Union's "revolutionary decisions".

"We see Nato as an alliance, as an institution sidelined and doing absolutely nothing," Kouleba said at the World Economic Forum in Davos, Switzerland.

He pointed out that at the start of the war launched on 24 February, NATO was seen by Ukrainians as "a power" and the EU as an institution that only "expressed concerns".

"But the war has taken the mask off," he said.

"We have seen revolutionary decisions taken by the European Union, which they themselves did not expect to take," he said.

Ukraine's "Euro-Atlantic" aspirations are enshrined in the Constitution, but the authorities now present the country's accession to the European Union as a priority.

"It must be recognised" that Ukraine will not be able to join NATO, President Volodymyr Zelensky said on 15 March. "I am glad that our people are beginning to understand this and to rely only on their own strength".

A senior Turkish official has insisted after talks with Swedish and Finnish officials that Turkey will not agree to the two Nordic countries joining NATO unless specific steps are taken to address Ankara’s objections.

“We have made it very clear that if Turkey’s security concerns are not met with concrete steps in a certain timeframe the process will not progress,” Ibrahim Kalin said after Wednesday’s talks in Ankara that lasted about five hours.

Kalin is the spokesman of Turkish President Recep Tayyip Erdogan, and a senior presidential aide.

Turkey has said it opposes the countries’ membership of NATO, citing grievances with their perceived support of the Kurdistan Workers’ Party and other entities that Turkey views as security threats.

Kalin said Turkey’s proposal for the two countries to lift arms export limits was met with a “positive attitude” by the Swedish and Finnish delegations.

He added that talks would continue once the Nordic governments had responded to Turkey’s demands.

Turkey also expects the extradition of 28 “terrorism” suspects from Sweden and 12 from Finland, Kalin said.

Previously the Finnish foreign ministry had said that "it was agreed that the dialogue, conducted in a constructive spirit, will be continued."

The Ukrainian government denounced Wednesday a plan by Russia to grant passports to Ukrainians living in regions occupied by Russian troops, calling it a "flagrant violation" of its territorial integrity.

"The forced granting of passports to Ukrainians in Kherson and Zaporizhia is further proof of the criminal aim of Russia's war against Ukraine," the Ukrainian Foreign Ministry said in a statement.

According to the ministry, this goal is "the seizure of Ukrainian territories for their occupation and integration into the Russian legal, political and economic sphere".

The US also denounced the Russian plan, calling it an attempt to "subjugate" the population now under its control.

The plan is "a Russian tactic to subjugate the Ukrainian people - to impose their will by force," State Department spokesman Ned Price said in a press briefing, adding that the US "would strongly reject" such a project.

Britain's minister of defence called on Russia Wednesday to "stop stealing" cereals produced by Ukraine which are intended for export.

At the same time he ruled out lifting sanctions that Russia requested to avoid a global food crisis.

"I call on Russia to do the right thing in the spirit of humanity and let the grain out of Ukraine," Ben Wallace told a press conference in Madrid with his Spanish counterpart, Margarita Robles.

"Let's not talk about sanctions, let's talk about doing what is right for nations around the world," he added.

The British minister was referring to statements by a Russian deputy foreign minister, Andrei Roudenko, who on Wednesday demanded the lifting of sanctions against Moscow as a condition to avert the global food crisis that is emerging as a result of the conflict in Ukraine.

Renowned for its very fertile lands, Ukraine was before the Russian invasion the world's fourth largest corn exporter and on the way to becoming the third largest wheat exporter.

But the conflict has interrupted grain crops and trade, with Russia accused by Ukraine and its Western allies of preventing exports through the Black Sea, at the risk of causing a serious global food crisis.

"Many people around the world rely on these grains for food," said Wallace, recalling that part of the Ukrainian production went to countries already suffering from humanitarian crises, such as Yemen.

Belgian PM: EU sanctions on Russia should not hurt the middle class 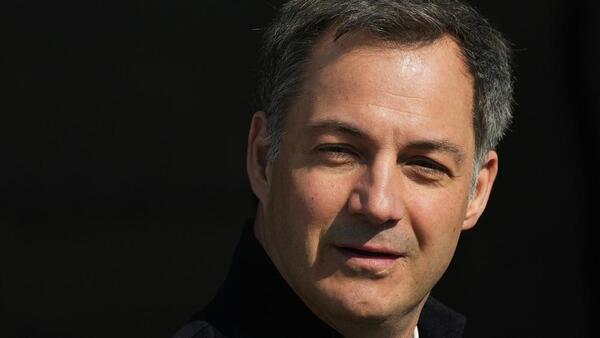 Anna Netrebko has previously been dropped by the New York Met for not condemning Putin's regime. 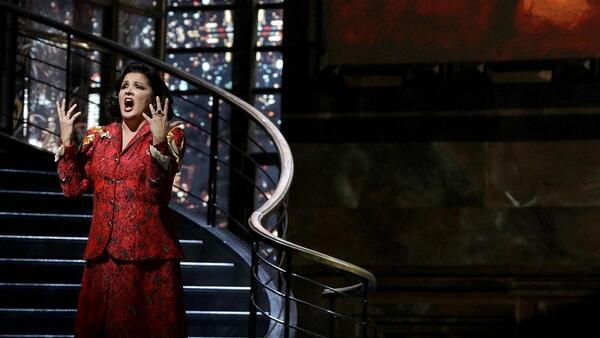 The Finnish Ministry of Foreign Affairs says officials will continue talks in Ankara with Swedish and Turkish counterparts.

The discussions are taking place after Turkey's president said his country was not in favour of the two Nordic nations joining NATO.

All NATO members must give their approval before any new countries can join the military alliance. Finland and Sweden applied last week, and are trying to convince Turkey to drop its objections over a weapons export ban, and alleged support in Stockholm and Helsinki for banned Kurdish opposition groups.

"It was agreed that the dialogue, conducted in a constructive spirit, will be continued," the Finns said in a statement.