Silvio Berlusconi is set to be the kingmaker as Italy heads towards general elections. Again.

We are not in 1994, when the former “Cavaliere” first took office only three months after forming his Forza Italia party, nor in 2008, when he started his fourth and last term. This time the tycoon, 81, can’t run directly for office but is the top dog of a right-wing coalition that is likely to sweep the majority of votes in spring 2018.

His plan is quite simple: win the elderly vote in Italy, the country that has the second-largest aging population in the world.

Why is Berlusconi still around?

There are several reasons, reckons Bill Emmott, an expert foreign commentator on Italian politics and former Editor-in-Chief of The Economist and author of Good Italy, Bad Italy.

“First of all, he still has three television channels and, thus, powerful communication abilities,” he said to Euronews. “Second, he is still very rich despite the decline of some of his businesses. Third, he is a good communicator and would say absolutely anything to stay in power,” said Emmott.

He continued: “Fourth, Italians are more tolerant than other countries towards sins and crime, as they assume that all politicians are guilty to some degree. The things Berlusconi has done, or has been convicted of, would have finished the political career of anyone in France, Germany or the UK—but not in Italy.”

And when it comes to politicians, “Italians have low expectations,” added Emmott.

Not so fast. This scenario is virtually impossible. Berlusconi was convicted of tax fraud in 2013 and is forbidden from running for any office until at least 2019 under the Severino Law. He has appealed his sentence at the European court of Human Rights, arguing that Italy violated European legislation by applying the 2012 law retroactively.

The court has begun hearing the case but it will take several month, which means the sentence is unlikely to arrive before the elections. Despite being officially ruled out, Berlusconi has spent the recent months assembling an alliance of right-wing movements, leading them to victory in the regional election showdown in Sicily last month.

Bringing together his party with the two most prominent right-wing formations (The Northern League and Fratelli d’Italia, or “Brothers of Italy”), the latest polls show that his coalition could win 35% of the votes, surpassing those on the left, including the ruling Democratic Party (30%) and the Five Star Movement (28%).

With the new electoral law no single party can aim for a solitary win so political forces are pushed to form coalitions in order to maximise the impact, both on the national and local levels, within each constituency.

A new enemy for the former Cavaliere

If Berlusconi’s enemy has always been “Communism”, often branded by the media mogul as the “most evil ideology of all time”, this time he has picked another target to run against.

“The challenge is to make people understand that Berlusconi is the only obstacle to the victory of the “grillini” [as activists of the Five Star Movement are called]. Their state-centered, justicialist program aims at introducing new taxes and blocking big state-financed projects. It is a decline plan that would give the final blow to this miserable Italy”, said Antonio Palmieri, MP with Forza Italia and responsible for the digital campaign of Silvio Berlusconi’s party, to Euronews.

“Berlusconi is putting his experience back at the service of the country at the moment of need.”

A clear and simple communication strategy to win the elderly vote

The secret for a positive electoral outcome is “to have a clear, general proposal,” said Palmieri. “We have always focused our campaign on some great points of general interest, based on the credibility of the leader and expressed in clear, simple, direct and concrete language”.

Berlusconi is building his comeback strategy “wisely”, after years spent on the side of the political arena, points out Lorenzo Pregliasco, co-founder of Quorum, a political strategy consultancy, and editor of YouTrend, a data analysis magazine.

“He is trying to pull off the similar comeback stunt seen in 2013. He has a clear focus on few issues, easily understandable by his electorate”, mr. Pregliasco told Euronews.

The pledge to double minimum pensions to €1,000 per month is just one of them. Others include: the introduction of a Ministry for Elderly People, a flat tax, free dental and eye care for elderly, discounts on transports, free veterinary services and abolishing a road tax on automobiles.

His coalition partners also promised to overturn a law, known as “Fornero”, which gradually raises the pension age for both men and women and tightens the requirements for taking early retirement.

The increase in minimum pensions was already promised—and partially delivered—back in 2001. “Berlusconi is trying to reconnect to that political operation, also insisting on the fact that in recent years other politicians have not done that much better. He says: we were the only one that did it, and we are ready to do it again,” said mr. Pregliasco.

The domain silvioberlusconi.it is part of this nostalgia operation. The site redirects to governiberlusconi.it, which is a list of his alleged accomplishments during his four terms in office.

“Over-65s are more likely to vote than under-35s,” added mr. Pregliasco. “He knows that. Targeting the youngsters sounds good but, in the end, they are more unpredictable and less decisive than pensioners in the overall result. There are a lot of old Italians, and part of his electorate is made of elderly, housewives, socially marginalised people, many of them living in swing Southern Italy. During the elections he is particularly able to mobilise them.”

Emmott offered his take: “I don’t believe this time these promises will have a huge impact,” he said.

“Everyone knows that financial possibilities are limited and Italians have no illusions that he will be able to fulfil them. But voters welcome the idea that someone is taking care of these needs: the main purpose of Berlusconi is to show that he is paying attention.”

Why the elderly may be key to winning the elections

All recent elections have been plagued by abstentionism. Last month, for instance, 53.2% of Sicilian voters decided not to vote.

In December 2016, the turnout for constitutional referendum was 60% amongst under-35s and 70% for people over 55 years old, according to Quorum/Youtrend for Skytg24. On top of it, Berlusconi’s new arch-enemy, the Five Star Movement, can boast a significant appeal amongst younger generations, as it was the most-voted party during the 2013 elections.

Berlusconi’s penchant for elderly generations might therefore not just be a question of age. 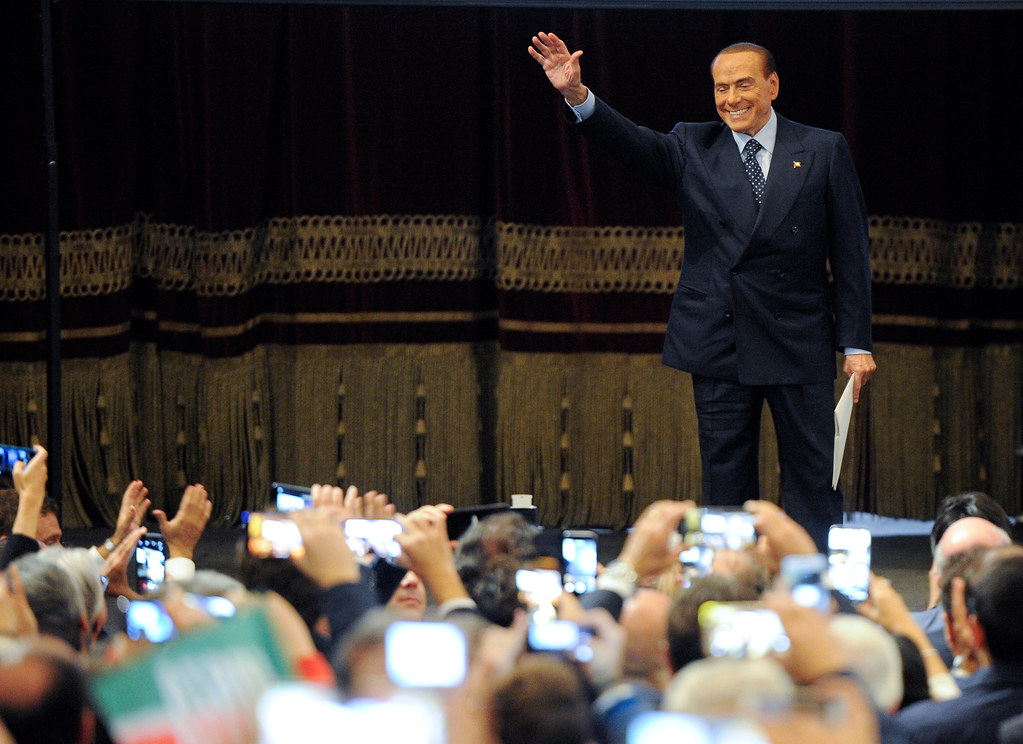 Does Italy have THAT much money to carry out Berlusconi’s pledges?

Italian talk show Piazza Pulita estimates a bill totalling 80 billion euros should all his electoral promises be kept. Raising the minimum pensions to €1,000 per month could have a cost of at least €4 billion per year.

“I don’t think this is the right way to look at his electoral campaign,” argued Ferdinando Giugliano, who writes columns and editorials on European economics for Bloomberg View.

“This is clearly an unfeasible dream book. He has accustomed us to unrealistic electoral pledges, just like the bridge across the Strait of Messina. Nothing will make him change his mind as he wants to be seen as the alternative to fiscally rigourous policies. He wants to give Italians hope.”

Berlusconi is presenting himself as a sort of “father of the nation, an expert statesman” against the unexperienced Five Star Movement, said Giugliano. “These people have never worked in their lives,” the media tycoon keeps arguing referring to the “grillini”.

“In the Western world, nostalgia is playing a big role in elections,” adds Giugliano. “The idea that modernity is dangerous and it’s safer to return to a past in which things used to work is appealing. This card has been played in the Brexit campaign and by Donald Trump. Berlusconi can easily remember a time before the crisis, when things apparently were better off because of a more favourable [international] economic cycle”.

Trade unions, which have a membership base made mostly of pensioners, are also battling for earlier retirements for certain workers—“as usually happens in autumn when the budget is approved,” said Giugliano.

A question still hangs, though. If everybody is trying to win the elderly vote, who will push forward proposals to help those who have also been hit hardest by the crisis: the younger generations?

As Giugliano once wrote, in the period between 1995 and 2014, the equivalent disposable income of a young person (aged between 19 and 34) has decreased by 10% while that of an person over 65 is increased by 20%. However, the state keeps pouring money towards those who need it less, he reckons: social spending on older people is four times higher than the amount destined to those still in the working age.

“For a 30-year old who can do a bit of social security math, the Italian political offer is quite poor,” said Giugliano.