October 1917 in Petrograd. Russia is between two revolutions and threatened by a German invasion. As the Provisional Government struggles to fend off the rising tide of Bolshevik support the country’s fate hangs in the balance. 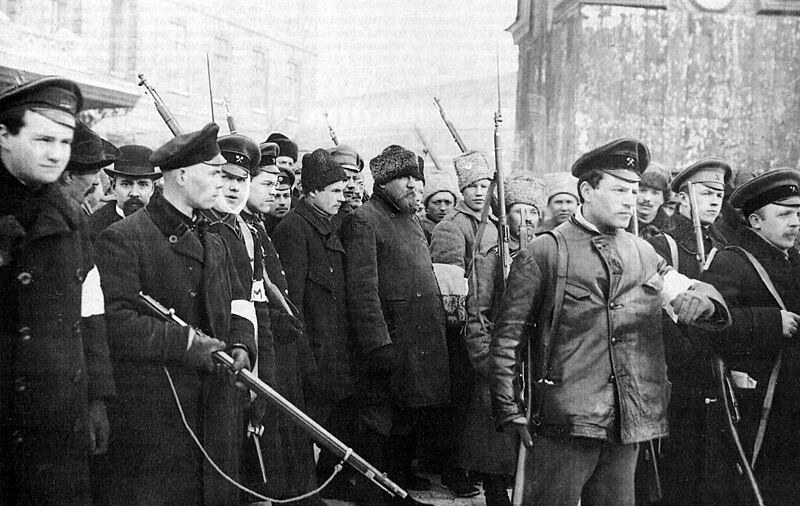 One of the most profoundly world-changing, and also bloodiest, events of modern history took place 100 years ago. One tiny anecdote of the momentous nature of the events is carried in their name. At the beginning of 1918 the Russian Empire switched from the Julian calendar to the Gregorian one used by western Europe, so the date jumped forward by 13 days. That is why the marking of the centenary of the October revolution takes place in November.

In its turn, the events of October Revolution were orchestrated by Bolsheviks who overturned the interim provisional government and established the Soviet Union.

They made the revolution

The revolution took months to unfold with hundreds of protagonists. Here is a brief summary of some of the main faces and their roles, briefly. 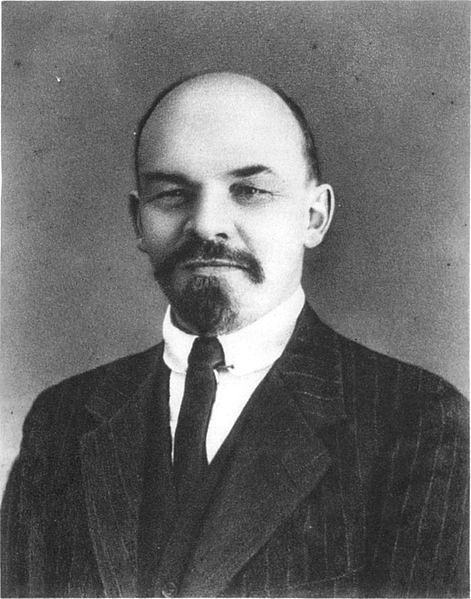 Vladimir Lenin
Vladimir Lenin. Founder of the Russian Communist Party – Bolsheviks, inspirer and leader of the Bolshevik Revolution and the first head of the Soviet state.

Leon Trotsky
Communist Leon Trotsky helped to start the Russian Revolution of 1917, he was a founder and commander of the Red Army. Later Trotsky was exiled and subsequently assassinated by Soviet agents.

Aleksandr Kerensky
Kerensky was a moderate socialist revolutionary. He served as a head of the Russian provisional government from July to October 1917 and was vice-chairman of the Petrograd Soviet. He was one of the best known and well liked of the revolutionary leaders. He instituted basic civil rights and liberties. His government was overthrown by the Bolsheviks in the October Revolution. He spent the rest of his life in Paris and New York.

Lavr Georgiyevich Kornilov
Imperial Russian general, who was accused of attempting to overthrow the provisional government of 1917 and replace it with a military rule. He escaped and later headed the White Army of anti-Bolshevik volunteer forces. He was killed in a battle.

Felix Dzerzhinsky
Dzerzhinsky was born in Poland. In 1917 he left prison and joined the Bolshevik Party. After the October Revolution, Lenin appointed Dzerzhinsky as a head of the Cheka, the secret police force.

Stalin
A Bolshevik leader who was a secondary figure during the October Revolution. Later he was given a position in the government as commissar of nationalities. Stalin became much more powerful after the revolution and eventually succeeded Lenin as leader of the Soviet Union.

The revolution saw the Tsar’ rule end in Russia and the government taken over by the Bolshevik Party. This was the beginning of the world’s first communist state. Russia subsequently signed the Treaty of Brest-Litovsk and pulls out of the World War I.

The civil war that followed from 1918 till 1920 killed millions.
The country was plunged into terror as Lenin created a forced labour system known as Gulag. In Stalin’s times up to 3 million people were estimated to have been killed in those camps.

The country’s banks were nationalized and farming moved to a collective basis – kolhoz which was later imposed by force during the collectivisation period, which had enormous human cost – between 6 and 13 million died as a result. 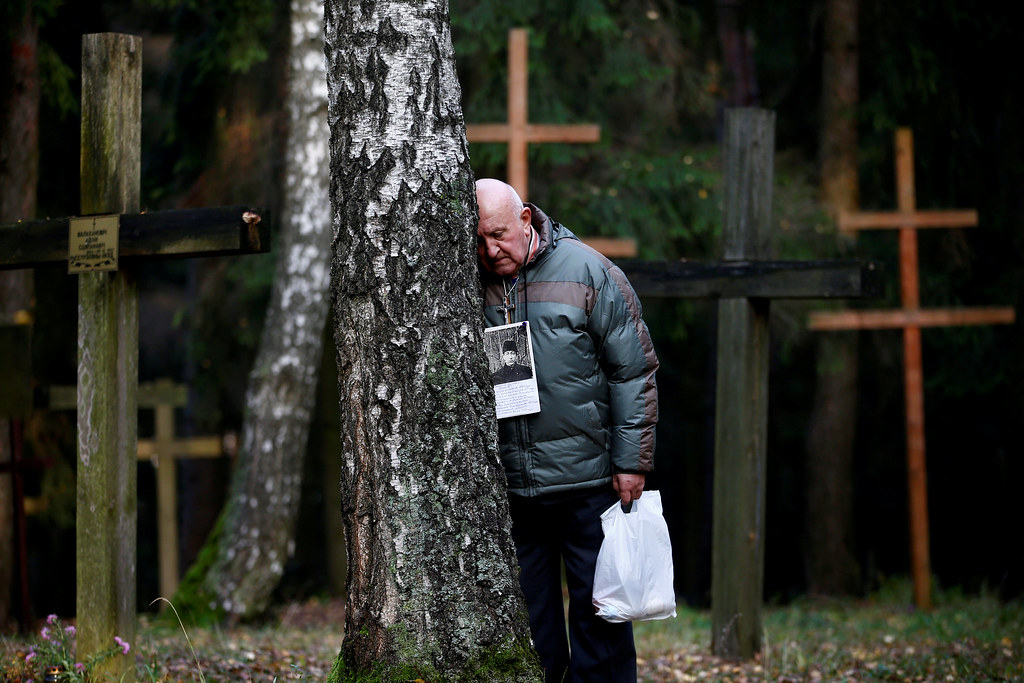 On photo: A man stands at a mass grave in Kuropaty to commemorate the victims of Joseph Stalin’s Soviet government, on the outskirts of Minsk, Belarus November 5, 2017. REUTERS/Vasily Fedosenko

There are an uncountable number of books and films addressing the events that shook the world. We have selected some of the quotes from people who headed the revolution or witnessed the events and the transition period that followed. 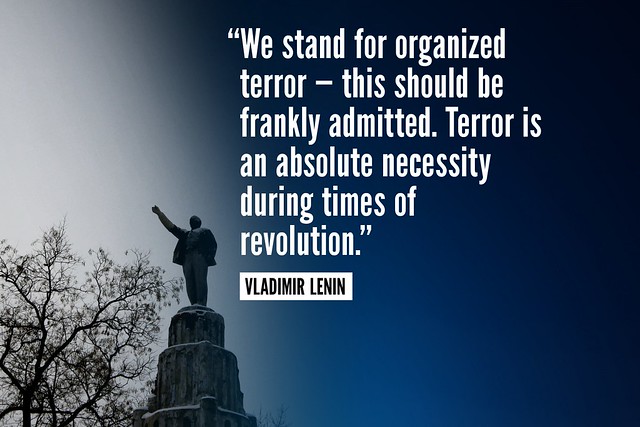 Thousands of communist party members and supporters marched across downtown Moscow to mark the centennial of the 1917 Bolshevik Revolution. During Soviet times, Nov. 7 was commemorated as a major state holiday, with grand military parades and demonstrations on Red Square. Russia stopped celebrating it after the 1991 collapse of the Soviet Union, but the Communists continue to honor the date.

Instead of a Communist demonstration, the government honored the Nov. 7, 1941, military parade where Soviet soldiers marched in defiance of the German forces that had arrived at the outskirts of Moscow. 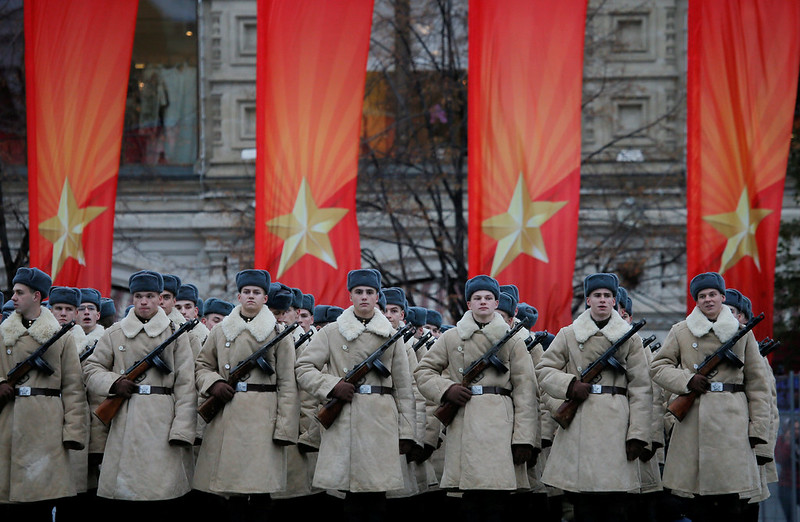