The cycling-crazy Dutch are set to boast the world’s largest parking facility for bikes, it’s emerged.

The city of Utrecht is cranking-up its friendliness towards bikes by opening what will become a 12,500-space garage.

The move by authorities in the city of 344,000 people aims to prevent a sprawling clutter of bicycles outside its main train station.

“This is a side-effect of the success of the bicycle in our cities,” city councilor Lot van Hooijdonk told Reuters. “We are happy so many people use bikes, but it creates huge challenges for the city, especially around the station.”

The Dutch love for cycling is increasingly being tested by a worsening shortage of parking space.

Nevertheless, a Euronews study this year found The Netherlands to be one of the EU’s most bike friendly countries.

Utrecht’s 40-million-euro garage, which will be completed next year, is designed to resolve the problem of cyclists leaving their bikes anywhere they want, preferably next to the station entrance.

The three-storey garage will be directly linked to the street by bicycle paths and offer access to train platforms via elevators and stairs.

Parking will be free for the first 24 hours and 1.25 euro for each following day.

Elsewhere, The Hague plans a garage for 8,500 bikes while Amsterdam – with 835,000 people and around 847,000 bikes – is working on a storage space for thousands under the city’s Amstel river and linked to its central station.

Parking space in Amsterdam is scarce partly because of the many bikes left behind in and around the racks.

Last year the Dutch capital removed some 24,000 neglected bikes and 40,000 were seized for parking violations. 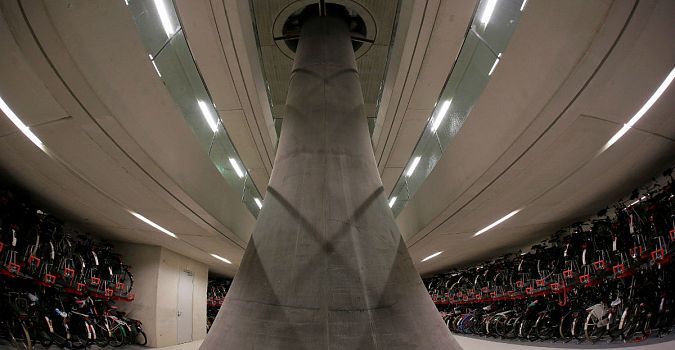 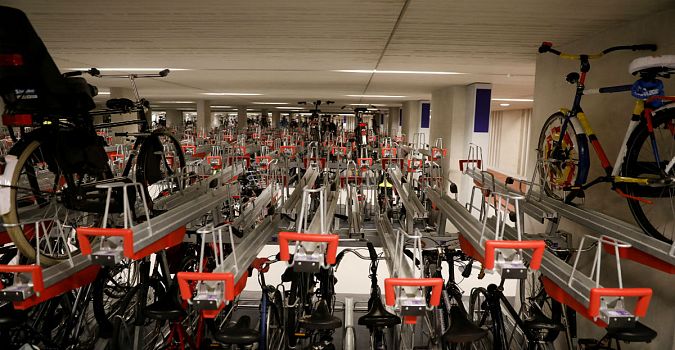 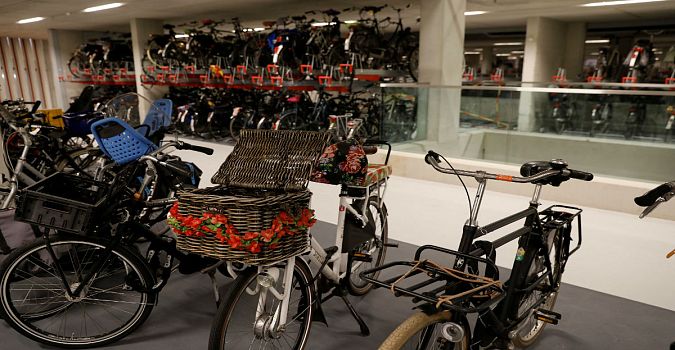