There is optimism in Portugal that firefighters are winning the battle against deadly wildfires.

Civil protection officials say 95 percent of the blazes have now been brought under control.

The fires are the country’s deadliest on record, killing at least 65 people and injuring more than 150. 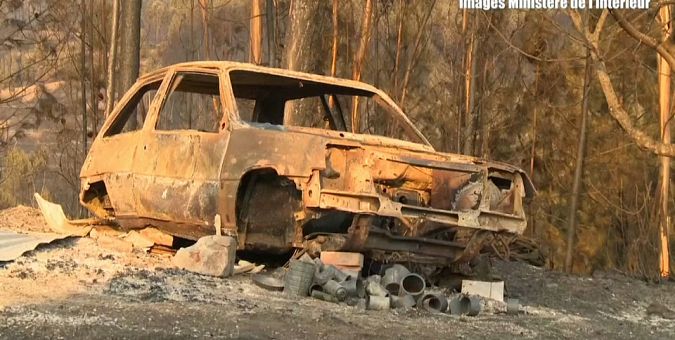 With some new flareups in places, more than 2,000 firefighters have been joined by others from neighbouring Spain.

Isabel Garcia Tejerina, the Spanish Minister of Agriculture and the Environment said: “Firefighters from Madrid will be joined by colleagues from Galicia and Andalucia. There are also two aircraft from Castilla-La Mancha.”

This is being described as Portugal’s worst human tragedy in living memory, with many victims killed in their cars as they tried to flee.

Meanwhile, reports that a firefighting plane crashed while tackling the flames have turned out to be false.

Witnesses reported an explosion soon after a plane flew over but it is thought that may have been gas supplies igniting. 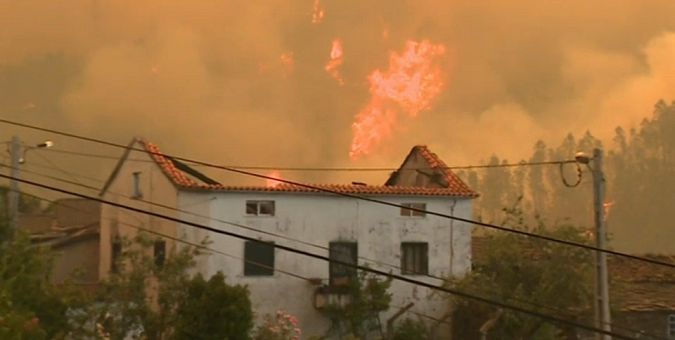 The massive effort to combat the flames entered its fifth day on Wednesday.

The fire started on Saturday about 200 kilometres northeast of Lisbon, killing many people in their cars as they tried to flee the blaze.

Nightmare stories are emerging among people who managed to escape.

One of those who survived the so-called “road of death” was Mario Pinhal.

Mario told reporters how he fled the fires in one vehicle with his parents and Godmother, who also survived. His wife and daughters were in another car.

Through tears, Mario said leaving home was a great mistake.

“I helped my Godmother to get out of the car. I never let her go because otherwise she would have fallen.

“Maybe at that moment, I could have gone to look for my wife and daughters in some of the cars there.

“The only thing I regret was to have left home. Regardless of the efforts and goodwill of people, all I want is to have my wife and daughters back.”

Mario’s mother said: “Four of us survived on that road. We should have died. Nobody would miss us. But the girls died. How can I explain this?”