A bell has tolled 30 times in Kyiv in Ukraine, as the country marks the 30th anniversary of the Chernobyl nuclear disaster.

I'm here to commemorate all of those people who used to work with me. I commemorate my son, my husband, who are no longer with me

A candle-lit vigil has taken place at a church built in memory of the victims of the catastrophe, just one of many commemorative events being held.

It was in the early hours of the morning on April the 26th 1986 that a test went horribly wrong at the nuclear plant in then Soviet Ukraine.

Official figures show at least 30 workers and fire fighters were killed in the immediate aftermath of the meltdown at the plant.

But since then radiation-related illness have claimed the lives of thousands.

The actual number of casualties remains unclear and debate continues to rage about the long-term effects of the disaster.

Click here to see some archive photos taken by one of the men sent in to help contain the disaster. 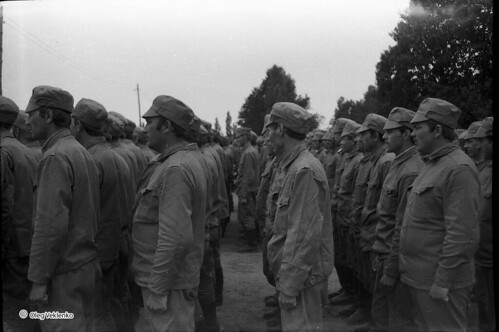 At the memorial service in Kyiv, one former staff member, Natalya, told Euronews: “I’m here to commemorate all of those people who used to work with me. I commemorate my son, my husband, who are no longer with me.”

In case you missed it:commemoration for the 30th anniversary of the nuclear catastrophe in #Chernobyl#Ukrainehttps://t.co/PTm8ulagcY

Gheorgy, an ex-electrician at the plant, said: “I was told by the officials that those exposed to radiation within the first five days would only live three and a half years.

“We didn’t take it seriously. Then five years passed, then 15. Now, after 30 years, thank God, my friends and I are still alive.”

30 years after #Chernobyl are our nuclear power plants safe? https://t.co/ByRKRKdSoChttps://t.co/abIIbxK6kg