It’s one year since two gunmen, brothers Saïd and Chérif Kouachi, burst into the Paris offices of the satirical magazine Charlie Hebdo and opened fire.

Two days later, in a separate but linked attack, Amedy Coulibaly, killed four hostages at a Jewish supermarket in Paris.

The attacks, which left 17 people dead, excluding the three gunmen, sent shockwaves around the world, spawning the #jesuischarlie solidarity hashtag and prompting hundreds of thousands to attend marches in France honouring the victims.

But what has been the impact of these attacks over the last year? Here we take a look at five key things that have changed since January 7, 2015.

Charlie Hebdo, like 9/11 in the USA and 7/7 in the UK, was the trigger for restrictions on civil liberties in France, said Philippe Marlière, an expert on French and European politics at University College London.

“When those exceptional things happen it’s so easy for any government to propose these news laws – and they never fail to do so – and they get support, support from both sides,” Professor Marlière told Euronews. “Given the emotion, given that people cannot see beyond a kind of response that involves curbing people’s liberties in general, instead of focussing more on police power to chase up and spy on potential terrorists. Very little was said in the French media about the shortcomings and failures of French intelligence.”

France introduced a new intelligence laws in the aftermath of the Charlie Hebdo attacks, which came into force in July.

Amnesty International (AI) claimed the new legislation was ‘wildly out of proportion’.

Then, following the November 13 attacks, a three-month state of emergency was introduced, granting France’s security forces the power to place suspects under house arrest and conduct warrantless searches.

It said in an open letter after the Charlie Hebdo attacks: “French officials have admitted they had prior intelligence, which suggests that neither did inadequate surveillance contribute to these horrific attacks, nor would heightened surveillance have prevented them.”

“They are policies that one would more usually expect to see come from more right-wing political groupings and this is an indication of the cumulative effect of the attacks in 2015 on the political landscape in France,” said Dr Moran. “President Hollande is now competing with Nicolas Sarkozy on Sarkozy’s natural battleground – security – and the broader shift to the right is playing into the hands of the Front National.” 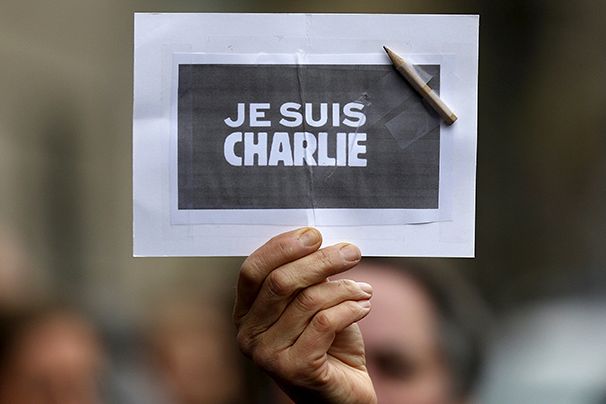 A move to the right, politically

France has shifted to the right politically in 2015 and the Charlie Hebdo attacks are partly to blame, it’s been claimed.

Far-right party Front National made big gains in the first round of regional elections in December, finishing ahead in two regions, one of them the socialist stronghold of Nord-Pas-de-Calais. While FN slipped back after the second round – partly due to tactical maneuvering by its political rivals – it still gained a record number of votes, at least 6.6-million.

The results have boosted FN leader Marine Le Pen ahead of her bid to run for president in 2017.

Prof Marlière said while the January attacks created a climate of ‘fear and suspicion’ they were only part of the reason for the electorate’s move to the right. He cited the government’s economic performance and unemployment levels as other factors.

He added: “The explanation is economic but it’s all very confused because it’s part of an evolving and uncertain environment in which you have fear for your physical and fear for your personal integrity due to terrorist attacks and the rise of racism. Why do you have a rise in racism? Because of fear of terrorism and the scapegoating of one population: Muslims. If you put all that together you get that very toxic cocktail. And that’s where we are.”

Dr Moran said the Charlie Hebdo attack had given fresh fuel to the far-right claim that Islam is incompatible with the French Republic.

He added: “This is an insidious and xenophobic rhetoric that often draws a blanket equation between terrorism and Islam. This discourse is not new but the shocking nature of the attacks meant that it perhaps resonated with a wider audience than in the past.”

Islamophobic acts ‘skyrocketed’ in the aftermath of the January attacks in Paris, according to the Collective Against Islamophobia in France. It claims there were 120 anti-Muslim incidents in just three weeks in France, which which has one of the biggest Muslim populations in Europe (4.7 million or 7.5 percent of the population in 2010).

The French Council of the Muslim Faith said there were 222 Islamophobic cases in the first quarter of 2015, compared with just 37 over the same period in 2014, a surge of more than 500 percent. 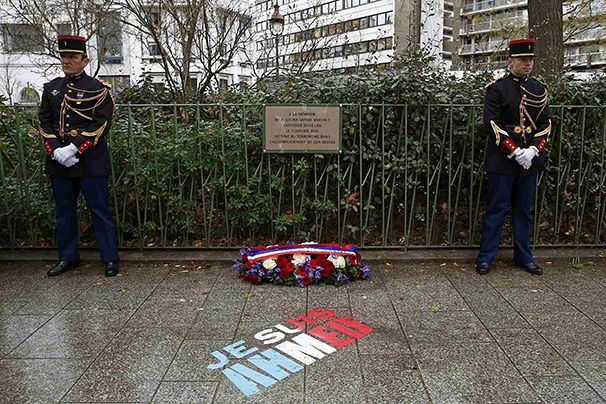 But, in a sign of the racial divisions and tensions that the attacks sparked, there were also a hike in anti-Semitic attacks. The Protection Service for the Jewish Community said there were 508 incidents from January to May 2015, compared with 276 the year previously.

Yet it’s not just racist attacks that have manifested themselves since January – there is also a more insidious racism in France’s institutions, according to Prof Marlière.

He said: “There’s no multiculturalism in France in the sense of policy and this is another blind alley for French politicians and the media. The fact they cannot understand, they cannot accept, cultural and religious pluralism, notably when it comes to Islam.

“When we talk about racism of course there’s racism. But this last point explains better why and how racism expresses itself.

“Of course there are silly people who make outright racist remarks, but they are condemned and there are anti-racist laws in France. But there’s another type of racism that I think is more insidious and cannot easily be condemned and sometimes people don’t even see it as being racist.

“It starts with the view of equality, everyone should look, speak and live according to certain standards. Anyone breaking away from that model is not a good citizen. And I think we’re getting there and it’s very worrying.”

Dr Moran said: “There is a divide in French society that sees these young people – usually linked to the African countries that form such a big part of France’s colonial past – marginalized at the limits of the Republic. They are legitimate members of French society but not accepted as such. Feeling that they have no real stake in society, they ground their identity elsewhere, in extreme cases embracing a radical form of Islam that is far removed from the faith of the majority of French Muslims.”

While French people were shocked and horrified over the January attacks and sympathetic to its victims, they recovered from its psychological damage, according to Prof Marlière.

“With Charlie Hebdo it was certain people targeted,” he said. “It couldn’t happen to anyone – it was the cartoonists who mocked the Prophet and it was Jews. The large majority of France, 65 million people, had nothing to do with it.”

But that changed on Friday, November 13, he added, when gunmen and suicide bombers killed people randomly, including Muslims.

“That makes a big difference I think,” he said. “People think about that, now. They think, really, that could have been me. It could be me in the future.

“I think we’re getting closer to what happened in Britain in 2005 or in the US in 2001, the random killing of people just to harm and to terrorise the population in general, so I think the scars are there now, people feel very concerned.”

Will these scars heal?

“It will depend on the quality of the response. Can people in command – in politics, government, the media – speak to ordinary people? We haven’t got that quality yet, but it could come.

“You need a figure, in politics, to appease. I don’t think that’s what Hollande and Valls are giving. You need someone who can reassure, protect. There is indeed a terrorist threat but there is also a need to appease people to give them strength and not constantly remind them that ‘there is a threat and we need more regressive policies’ because all that participates in creating a climate in which people are more and more afraid and scared and that of course is conducive to further racism and illiberal measures.” 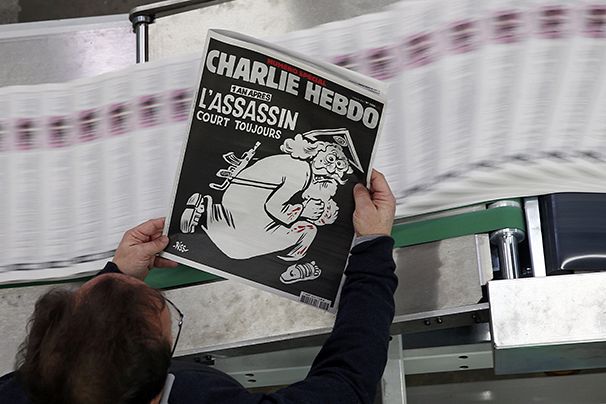 Press freedom in a ‘terrible situation’

Charlie Hebdo is still going and will print a million copies of its anniversary edition this week.

He told AFP: “We feel terribly alone. We hoped that others would do satire too. No one wants to join us in this fight because it’s dangerous. You can die doing it.”

The attack has also had a chilling effect on other media, according to Michael Moynihan, columnist for the Daily Beast.

He said: “Where are we now? Nobody will show the cartoons and we have 12 people massacred in January and remember a month later some half-literate psychopath tried to shoot at a free speech event in Denmark, they tried to kill Lars Vilks, who did a little cartoon of a dog with Muhammad’s head on it. Two people died.

“I hate to be so pessimistic – and everyone lies about it and says we’re trying to respect people – but we are scared. Ten months after Paris and ten years after Denmark we’re in a terrible situation.”

Your view Do you agree? What else has changed in France and beyond as a result of the Charlie Hebdo attacks? Tell me via @lyonanglais or chris.harris@euronews.com