Fifty-two-year-old Kimberly McCarthy became the 500th person to be executed in Texas on Wednesday. Texas is the first state to reach such a number of executions, since capital punishment’s reinstitution in 1982. On the other hand, Texas also leads the US in wrongful convictions.

McCarthy, a former nursing home therapist, had been convicted for the 1997 robbery, beating and fatal stabbing of her 71-year-old neighbor, Dorothy Booth.

Booth, a retired college psychology professor, was attacked by McCarthy in her house in Lancaster, Dallas. McCarthy cut off Booth’s finger in to order to remove her wedding ring, according to authorities.

McCarthy’s final meal was pepper steak and mashed potatoes along with mixed vegetables and cake. She was the first woman to be put to death in the US since 2010. At the same time, she was only the fifth woman executed in Texas since 1854.

In her last statement, McCarthy wrote: “I just wanted to say thanks to all who have supported me over the years”. McCarthy was pronounced dead after prison officials administered a single, lethal dose of pentobarbital.

McCarthy was the eighth Texas prisoner executed this year. In total, Texas has carried out almost 40% of executions that have taken place in the US. During his time in office, Texas’ Governor Rick Perry has overseen more than 250 executions, more than any other US governor in history.

In recent years, there has been an increased debate in the US over wrongful convictions leading to unjust death penalties. Unlike Texas, other states such as Oregon and California, have stopped executions, despite having hundreds of people on death row. There are currently 32 states that have the death penalty as a legal sentence in the US. 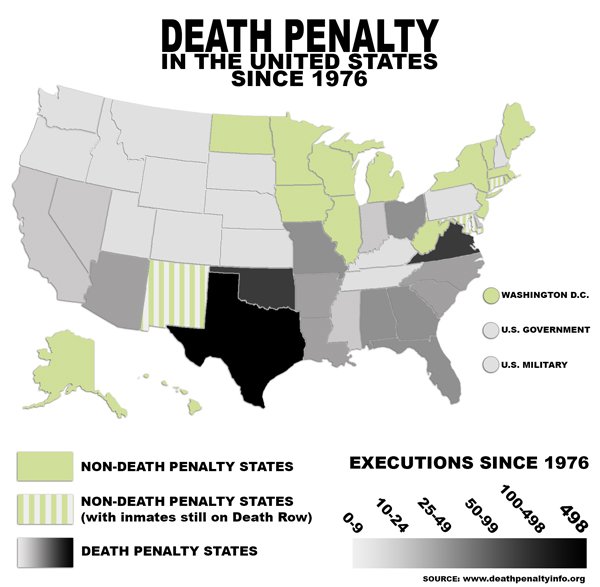