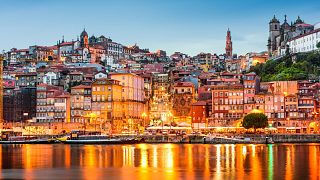 Portugal has lower cost of living than many countries in Europe. Where else can expatriates get the best bang for their buck?   -   Copyright  canva
By Charlotte Elton  •  Updated: 26/01/2023

People move abroad for many reasons - to start a new job, to be closer to family or simply to explore a new country.

But as the cost of living crisis bites, looking for a cheaper way of life is becoming the number one reason for a move.

Some Europeans have flown south, cutting heating bills by fleeing to warmer climes. And in many countries, expatriates salaried by overseas companies find themselves with increased spending power.

So where are the cheapest places to move - and what do locals think of an influx of comparatively wealthy travellers?

Cheapest places in Europe for cost of living

Cost of living index Numbeo has collated data for every country in Europe. They accounted for average rent, cost of groceries, and the price of utilities and entertainment.

Cost of living is not the only consideration before a move, obviously. Safety and other quality of life considerations are also paramount.

Here are four locations that strike the balance.

Montenegro is perfect for rugged mountains and medieval villages

Numbeo grants the country a rating of 38.9. For comparison, Switzerland - Europe’s most expensive destination - has an index of 114.2.

These indices represent a percentage of the destination’s cost compared to New York city, the search engine’s baseline. So prices in Montenegro are around 38.9 per cent of prices in NYC, whereas prices in Switzerland are 14.2 per cent higher than in the big apple.

Digital nomads can apply for a 2-year visa for Montenegro, with the possibility of a two year extension.

Portugal's bars and beaches are a big draw

Portugal - with its sunny beaches and buzzing cities - is Europe’s most popular digital nomad destination.

Numbeo gives Portugal a cost of living index score of 45.3.

Under the country’s new digital nomad scheme, remote workers will be able to live and work in the country for up to 12 months. To qualify, applicants must earn at least €2,800 per month - four times Portugal’s minimum wage.

Sunny Croatia is slightly more expensive than Portugal, with an index of 46.7. Beachside cities like Split and Dubrovnik - famed for its ‘Game of Thrones’ filming locations - bring the average costs up. But the Balkan country is nonetheless a low-cost option for expats.

Croatia started offering special visas to digital workers from outside the European Union in January 2021, allowing them to stay for up to a year and exempting them from income tax.

Lithuania, for up and coming cities

Lithuania is also popular with digital nomads - particularly youthful capital Vilnius, which boasts an abundance of coworking spaces. Numbeo gives it a rating of 48.8.

Would-be expats from the UK, US, Australia, South Korea, New Zealand or Japan, can apply for a fast-tracked, simplified visa which can generally be obtained in a couple of months.

What do locals think of digital nomads?

Low prices are great for digital nomads - but can have a negative impact on local communities, who suffer from subsequent price inflation and housing crises.

Before moving abroad, do your research into how locals feel about expats, and how you can ethically support the communities that you join.

Learning the local language is a very good first step, especially as you can start before you arrive in the country. Also acquaint yourself with local customs. Not only will this mean that you feel more integrated, but it will also mean you don’t accidentally offend anyone.