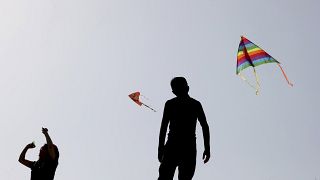 Residents of Tehran enjoyed the sunshine as they took to a local park to celebrate a national holiday known as Nature Day.

The day marks the end of Iranian New Year holidays, and falls on the thirteenth day of Nowruz.

The philosophy behind the festival is to avoid the bad luck associated with number 13 in some cultures by not staying indoors on this day.

The official Nowruz holidays fall 4 days after New Year Eve, but schools and many shops remain closed until the day after Sizdah Be-dar, which usually falls on April 1 or 2.

The nation will go back to normal life from April 3.

The resort opened at the beginning of 2020, featuring indoor and outdoor spas and ski slopes.