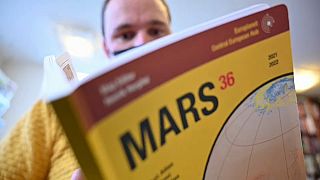 Hungary prepares their candidate for orbit after ESA recruitment drive

For the first time in 11 years the European Space Agency is looking for a new batch of astronauts and have relaxed the application criteria to attract a greater variety of candidates.

From the end of March, the ESA will recruit 20 reservist and six permanent astronauts from member states.

ESA's British astronaut, Tim Peake, said these recruits could be involved in a number of projects.

Everybody can apply online for the training held in Cologne, and the six-stage selection process will last until October 2022.

In Hungary, the recruitment is supervised by the son of the world-famous Hungarian astronaut Béla Magyari. According to ESA representative Gábor Magyari, the stars have never been so within reach.

"42 years ago was the last time when a Hungarian could apply to a space programme and even then, only the military pilots could become astronauts."

Now anyone who is younger than 50-years-old, whose height is between 153 and 190 centimetres and has a related master's degree can apply right now.

Applicants don't even have to be pilots though they would need a master's degree (or higher) in Natural Sciences, Medicine, Engineering, Mathematics or Computer Sciences. And of course, it's important to be able to handle extreme speed and even harder physical exertion.

For the first time, the European Space Agency is not discounting possible astronauts with disabilities for the reserve team and are positively encouraging women to apply. Out of the 560 people who have ever traveled to space, only 65 were women.

Pilot Dorottya Bencze has been dreaming since her childhood of being the first Hungarian woman in space. "I watched the constellations a lot and I was always curious, what can be up there."

And if one day the Hungarian astronauts can reach the red planet, they will have an easy time, because they can now read the first map of Mars in their mother language. Former NASA researcher Henrik Hargitai depicts the valleys, glaciers and dunes of the planet and says there's much more to learn.

The map also reveals where the Mars missions will land in the coming years. Something to dream of for the would-be astronauts of the future.