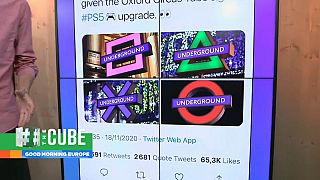 Retailers across Europe are struggling to cope with demand for Sony's latest game console the Playstation 5. Coupled with this new release, Euronews has been looking at a new report by Oxford University exploring the impact gaming has on people's well-being.

So if you're thinking about treating yourself to a new games console, you might be pleased to hear that a new study has found a couple of games could have a positive influence.

The Oxford University researchers tracked the amount of time survey respondents spent in-game and combined this data with a survey of players' mental health.