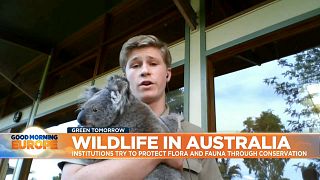 Bush fires in 2019 and 2020 caused unprecedented damage in Australia

The wildfires that ravished large parts of Australia in 2019 and 2020 have led to unprecedented consequences on the local fauna.

According to scientists, nearly three billion animals have been killed or displaced. Some institutions in the country are trying to help through conservation and education.

Euronews spoke to conservationist and wildlife warrior Robert Irwin, who says the destruction of habitats is one of the major factors contributing to their decline.