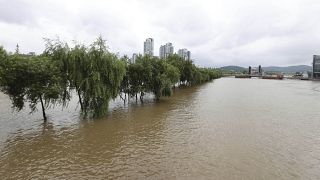 Heavy rain hammered most of South Korea over the weekend, killing at least six people. Officials said eight others were missing on Sunday.