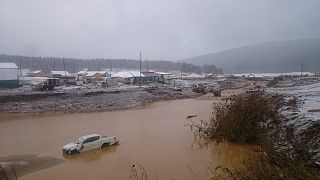 At least 15 gold miners were killed on Saturday (October 19) when a dam collapsed, flooding an artisanal mining encampment in a remote part of Siberia, officials said.

About 80 people were believed to be living in the dormitories.

Heavy rains had weakened the dam and water broke through, sweeping away several cabins where the artisan miners lived, about 160 km (100 miles) south of the city of Krasnoyarsk.

The dam had not been registered or approved for use by Rostechnadzor, Russia's agency for technological and ecological oversight, the Interfax news agency cited Rostechnadzor as saying.

The country's Investigative Committee said it has opened a criminal investigation on possible charges of violation of workplace safety regulations.

President Vladimir Putin ordered all necessary measures to be taken to help those affected, to identify the cause of the disaster and prevent any impact on a nearby residential area, Interfax quoted Kremlin spokesman Dmitry Peskov as saying.

Russia is one of the world's top gold producers with most of its output coming from large professional industrial mines. However, alluvial production, which is usually operated by small firms, still contributes some of the country's gold.

Interfax said the miners were part of Siberian privately-held Sibzoloto, which unites several artisanal mining teams. Sibzoloto was not immediately available for comment.