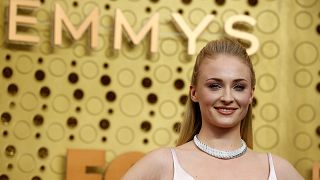 Before saying goodbye to Westeros, the cast of 'Game of Thrones' posed on the purple carpet of at the Emmy Awards on Sunday.

The show recently wrapped its eighth and final season to mixed reviews.

All the Emmy contenders got a chance to relax after the show at the official after-party, the Governors Ball.