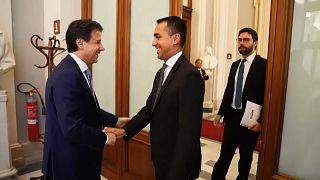 Italy's new coalition government to be sworn in on Thursday

Italian Prime Minister Giuseppe Conte says he is in a position to form a new government, according to an Italian President's office announcement on Wednesday afternoon.

The newly formed coalition government will be sworn in on Thursday.

The coalition is finally being shaped after the 5-Star Movement approved a pact with their former political foes, the Democratic Party. In an online poll on Tuesday, nearly 80 percent of the 5-Star's grassroots members voted in favour of forming a new coalition with their leftist rivals.

“The new coalition was given the blessing by the 5-Star Movement yesterday, There is still work to do. Negotiations went on all night and they are still happening today… There are reports that the 5-Star Movement leader Luigi di Maio is expected to get the Foreign Affairs Ministry and the former Italian Prime-Minister Paolo Gentiloni, from the Democratic Party, is expected to get the role of European Commissioner.”

The political crisis in Rome started last month when the League Party, led by former Deputy Prime Minister Matteo Salvini, pulled out of a previous coalition in an attempt to force snap elections in which he hoped to emerge as premier himself.

Watch Good Morning Europe’s report on the latest in Rome in the player above.