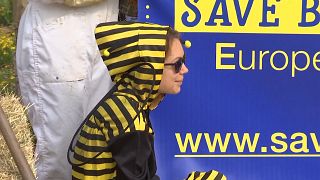 Dermine said PAN was asking the commission to establish a plan to phase out pesticides within 15 years.

The campaigners delivered a large placard letter to Tom Tynan, a member of the Agriculture and Rural Development Commissioner's Cabinet, who said the commission would consider the request.