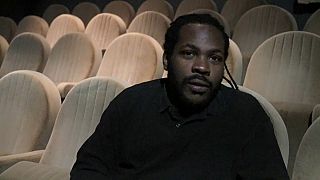 Stateless in Europe: 'I was never given the chance to feel European'

Second-generation migrants who are living as stateless citizens in Greece have claimed they have no say in their own future ahead of the European elections.

Samuel Akinola, 31, is one of thousands of stateless people living in Greece, despite being born and raised there.

He was born to migrant parents, from Kenya and Nigeria, but said that having no nationality or citizenship has been a daily struggle for him.

"I don't have access to hospitals and to services that everyone else has," he said.

"I cannot go to any European city and study there, just because I am not allowed to stay there."

Without citizenship, people like Akinola also lack the right to vote, including in the European elections taking place between 24-26 May 2019.

He said: "I was never given the chance to feel European here in Greece.

"This degrades me as a human being in today's society. How can someone tell me that I have equal value as a European?

"Through this, you feel you are something different that cannot coexist with anyone else."

The actor and musician has finally acquired residency papers, and the Greek government has now allowed children of migrants to apply for citizenship.

But, the entire process takes an average of four years, and there is already a major backlog.

Akinola, who is also an activist for migrants' rights, said that he will not apply for citizenship until all migrants in Greece are eligible.

"We only ask to have the right to vote, to be able to travel and to have equal rights and opportunities that European citizens have."