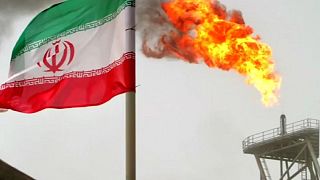 The Trump administration on Monday told five nations, including allies Japan, South Korea and Turkey, that they will no longer be exempt from U.S. sanctions if they continue to import oil from Iran.

Mike Pompeo, the US Secretary of Department, is expected to announced that all countries must stop buying oil from Iran or face American sanctions.

Some countries had been granted a temporary waiver after the Trump administration pulled the US out of the 2015 nuclear deal, and reinstated sanctions on Tehran.

China responded ahead of the US announcement by opposing a unilateral US sanction against Iranian oil. The Chinese foreign ministry spokesperson Geng Shuang said China’s bilateral cooperation with Iran is 'in accordance with the law’. Among the countries likely to be affected the most are Turkey, Greece, Japan, South Korea, Taiwan and India as well as China. They will be facing pressures to eliminate Iranian oil imports as the United States eliminates sanctions waivers in an effort to increase pressure on Tehran - one year after Washington left the Iran nuclear deal. The waivers expire on the 2 May.