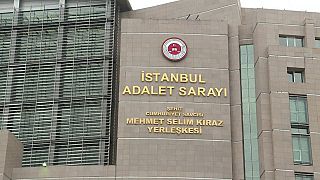 Amnesty International is insisting that terror-related charges against eleven human rights activists in Turkey are baseless.

The trial of the eleven, including Taner Elic, the Head of Amnesty in Turkey, resumes in Istanbul today.

They are accused of involvement in the attempted coup in Turkey three years ago.

"My colleagues facing this judicial farce for nearly two years now are charged with being connected to a terrorist organisation. In six hearings so far, no evidence has been presented.

'We have seen a crackdown against human rights defenders and those who criticise the government for a number of years now.

"It's time for them to be acquitted and for justice to be done."