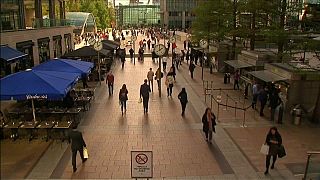 On November 3, the EU Equal Pay Day will mark the moment, when the European Commission says women "stop getting paid" compared to their male colleagues - two months before the end of the year.

Ahead of the day, European Commission First Vice-President Frans Timmermans, Commissioner Marianne Thyssen and Commissioner Věra Jourová said: “Women and men are equal. This is one of the EU's founding values. But women still effectively work for two months unpaid each year, compared to their male colleagues. We cannot accept this situation any longer,"

The Commission has launched an "EU Action Plan on Tackling the Gender Pay Gap" which focuses on eight key areas for action, including combatting stereotypes and tackling the care penalty.

Hephzi Pemberton, the CEO of the Equality Group told Good Morning Europe that "change definitely starts with a greater awareness and transparency around the issues," but there need to be "more proactive approaches taken to plug in this unpaid care gap that exists to promoting more women into senior positions and encouraging them into the highest paid jobs and the highest paid industries,"