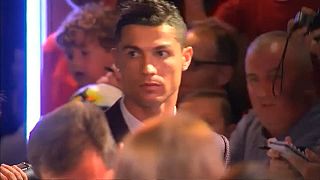 The lawyer for a woman who alleges she was raped by Cristiano Ronaldo in 2009 says she was encouraged to come forward by the #MeToo movement.

Following the alleged incident in a Las Vegas hotel, Miss Mayorga filed a report with police.

In a tweet, Ronaldo commented: "I firmly deny the accusations being issued against me. Rape is an abominable crime that goes against everything that I am and believe in. Keen as I may be to clear my name, I refuse to feed the media spectacle created by people seeking to promote themselves at my expense."

He later added; "My clear conscience will thereby allow me to await with tranquillity the results of any and all investigations."