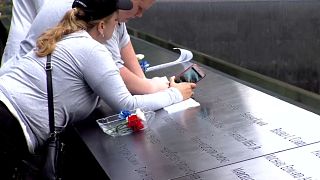 Thousands of 9/11 victims' relatives, survivors, rescuers and others began to arrive at Tuesday's anniversary ceremony at the World Trade Center, while US President Donald Trump and Vice President Mike Pence will head to the two other places where hijacked planes crashed on September 11, 2001. It remains the deadliest terror attack on American soil.

The president and first lady Melania Trump plan to join an observance at the September 11 memorial in a field near Shanksville, Pennsylvania, where a new "Tower of Voices" was dedicated Saturday.

September 11 still shapes American policy, politics and everyday experiences in places from airports to office buildings, even if it's less of a constant presence in the public consciousness after 17 years.