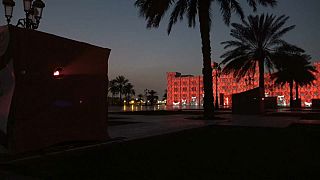 Things have lightened up in Sharjah with a certain glow coming over the emirate thanks to the annual lights festival.

Historical buildings, government departments and notable landmarks have been lit up and will continue to shine brightly until February 17th. This year marks the eighth edition of the festival that celebrates science, creativity and heritage.

Stories of Sheikh Zayed, the Founding Father of the nation will be reflected in the display over the next 11 days with 23 different shows by 24 artists, both internationally and locally renowned, being featured.

The event, which attracted as many as 700,000 visitors to the emirate last year, is organised by the Sharjah Tourism Development Authority and daily shows run from 6pm to 11pm on weekdays and until midnight on weekends.