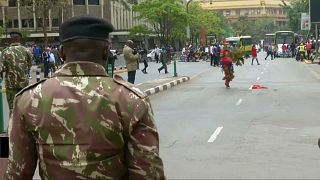 Kenyan police fired tear gas at opposition and ruling party supporters demonstrating near the Supreme Court on Wednesday as judges prepared to deliver a detailed ruling laying out their reasons for annulling last month’s presidential election.

One person was injured and taken to hospital for treatment when police and demonstrators were attacked by a swarm of bees disturbed by the tear gas.

Voters are anxious to find out whether the vote was voided on procedural grounds or whether there was evidence of systematic rigging. The court said in a ruling on September 1 that some tallying sheets were not signed or officially stamped.

Election board officials had said incumbent President Uhuru Kenyatta won by 1.5 million votes but that was rejected by opposition leader Raila Odinga, who says the 2017 election, as well as the previous two votes, were stolen from him.