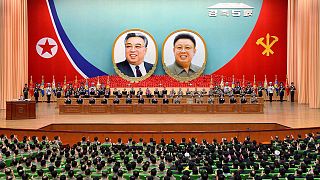 The Supreme People’s Assembly normally meets once or twice a year, at the Mansudae Assembly Hall in central Pyongyang.