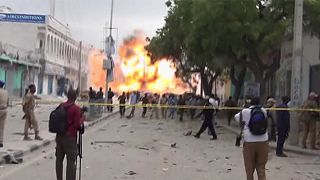 A car bomb has exploded near the gate of a hotel in Somalia’s capital Mogadishu.

Terrorists entered Dayah Hotel, which is a popular place for local politicians.

At least 13 people were killed in the attack, according to government officials.