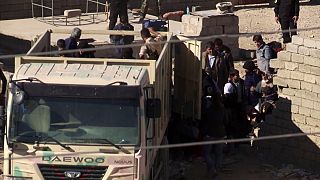 The residents of Gogjali, eight kilometres from Mosul, were being evacuated from their homes on Tuesday morning as the operation to liberate Iraq’s second city intensifies.

Iraqi troops moved on Tuesday to retake another neighbourhood in the eastern sector of Mosul, but were facing stiff resistance from ISIL militants, according to a top Iraqi commander.