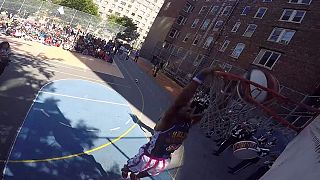 After the show, the players had a chance to show their team’s ‘ABCs of Bullying Prevention’ assembly, to teach children how to defend themselves against bullying.