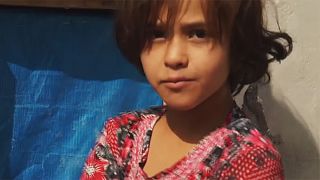 Updated: 31/10/2016
<p>Hundreds of families who fled Tal Afar more than two years ago are waiting anxiously for news that their city has been liberated from the Islamic State group.</p> <p>Recently, Iraq’s state-sanctioned Shiite militias started a campaign to retake Tal Afar as part of the campaign to retake Mosul.</p> <p>The families, who are Sunni Turkmen, say they just wish IS to be gone so they can return home.</p> <p>601 displaced Turkmen families live in the Yahyawa camp, in Kirkuk.<br /> The camp was established by the Kirkuk government in August 2014 and is supported by the Turkish Red Crescent.</p>
no comment