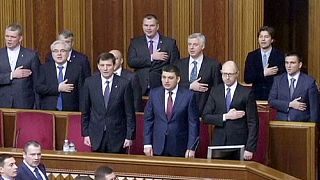 Ukraine: the policies of the new Parliament

Ukraine’s new parliament will look to restore normalcy to the sprawling country of 46 million and draw a line under a year of upheaval that began with street demonstrations against Poroshenko’s pro-Russian predecessor, Viktor Yanukovich.