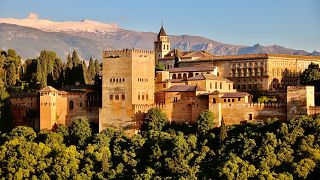 Looking for the cheapest city break in Europe?

The southern Spanish city of Granada could be your best bet, according to new analysis.

Cost is a significant factor for most would-be holidaymakers. Luckily, travel website Omio has ranked the best destinations in Europe for travellers on a budget.

It then ranked cities based on number of free attractions, affordability of local transport and food and drink prices.It also looked at the costs of city sightseeing tours and the number of public drinking fountains.

If you want to go on holiday without breaking the bank, read on.

Where is the cheapest city break in Europe?

According to Omio, the southern Spanish city of Granada is the best European destination for a budget holiday.

The Andalusian city has dozens of free activities – 112 to be exact. That includes 10 free museums.

Omio found that Granada’s sightseeing tours are some of the cheapest in Europe, costing around €6.

An evening out in the city is a bargain, with 86 bars and nightclubs where beer costs just over €2.

A regular bus ticket is one of the cheapest in Europe at €1.40 and acquiring a travel card reduces the cost to €0.83.

What to see in Granada

The Alhambra palace complex is Granada’s crowning attraction. The spectacular Moorish fortress was originally built as a walled citadel and then became the luxurious residence of the Nasrid emirs.

You can spend several hours marvelling at the opulent Islamic decoration and ornate horseshoe arches of the Nasrid Palaces, as well as the explosion of colour in the flower-filled garden of Generalife - the sultans’ summer residence.

Another of Granada’s most important historic attractions is the Cathedral, an imposing structure of Gothic, Renaissance and Baroque architecture that took over 180 years to construct.

It remains unfinished as two towers were originally planned for the facade, only one of which has been half-built.

In the evening, take a stroll around the Albaicín neighbourhood, the oldest in Granada. A labyrinth of winding streets is lined with white-washed houses and the hilly area affords magnificent views of the Alhambra.

This area is a great place to stop in at a few inexpensive tapas bars for low-cost drinks and free food.

How to get to Granada by train

Granada has recently been linked to major cities in Spain with a new high-speed train. Travellers can depart from Madrid and reach the Andalusian city in three hours or in four hours from Seville.

Leaving from London, travellers can reach Madrid in as little as 14 hours on the train, with changes in Paris and Barcelona.

Passengers alighting in Berlin and Milan also have to go via Paris and Barcelona for the quickest route.

The stunning medieval centre has 24 free sightseeing attractions and an inexpensive walking tour. It also has six free museums.

Surprisingly, Venice made it into the rankings in third place. Although it is notoriously overpriced, it seems there is a way to visit Venice on a budget.

Many of its most important sights are free, including St Mark’s Square, the Bridge of Sighs and the Rialto Bridge with a view of the Grand Canal.

There are 22 museums with free entry and 186 public drinking fountains.

The most expensive destinations in Europe

Omio’s study ranked Lausanne on the shores of Lake Geneva as the most expensive destination.

The Swiss city only has 24 free activities and one free museum. Food and drink was found to be among the most costly out of the cities in the study with a beer priced at over €8.

Bern and Winterthur, also in Switzerland, joined Lausanne in the bottom three.