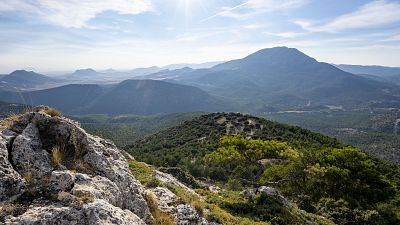 Andalusia landscape   -   Copyright  Turismo Andaluz
By Andalucia  •  Updated: 26/02/2021
To discover the extraordinary landscapes and wildlife of the region, Andalusia provides all non-resident travellers with free Covid insurance for stays at any type of regulated establishment between January 1st and December 31st, 2021.

Snow-capped mountains, subtropical beaches, cactus-filled desert and lush woodlands; Andalusia has every conceivable landscape. It is also the region of Spain with the highest number of nature reserves, each with its own totally unique character.

Lovers of hill-walking are spoilt for choice, from the forested massif of the Montes de Málaga or the dramatic Despeñaperros river gorge. While the region's beaches are no secret, what are less known are coastal stretches such as the Estrecho, which takes in sheer cliffs, undulating dunes and underwater caves.

Two of Spain's most stunning national parks are found in Andalusia: the Doñana, which mostly falls within the western province of Huelva, and the mountain range of the Sierra Nevada, which forms a backdrop to the magical city of Granada. Further east lies the strange desert landscape of the Cabo de Gata in Almeria.

Established as a protected area in 1969 and later to become a UNESCO World Heritage Site, the Doñana park is most famous for its population of rare Iberian lynxes and the endangered imperial eagle. Its patchwork of marshes, lagoons and dunes is home to a vast variety of ecosystems, however, in which 120 species of birds (up to 300 during migration season), and animals including deer, badgers, wild boars and mongoose are able to roam without threat.

In the summer months, as even the marshland begins to dry, many birds seek shelter – and water – in the adjacent Brazo del Este park, a flat expanse of wetlands created by the agricultural modifications that humans have made alongside the Guadalquivir river.

In stark contrast, the Sierra Nevada (the name of which means 'snowy mountain range') is known for its high peaks, and the area is a popular skiing destination in winter. It is also a designated biosphere, thanks to its ancient forests, its abundance of butterflies and insects – many of them exclusive to the massif – and over two thousand different species of plants.

The Cabo de Gata, named for its agate rock, is an otherworldly zone of rugged volcanic slopes, steep cliffs and desert, with the lowest rainfall in Europe. Beloved of film-makers such as Sergio Leone for its cactus-strewn Wild West landscape, the park also incorporates a 120m2 marine reserve, coral reefs and rocky islands teeming with wildlife.

Not as well known are some of the region's smaller nature reserves, dotted from the eastern and western borders of southern Spain, and encompassing a rich variety of geographical and climatic features. Smaller than the national parks, they often require permission to enter, and have been set up to protect the more fragile ecosystems.

Frequently they are made up of wetlands surrounding a lagoon, such as that at the Laguna de Fuente de Piedra, known for its saline substrata that saw the area used as a salt mine from Roman times up until the 1950s. The former dykes and canals constructed for this purpose are now home to a large colony of flamingos, among other aquatic birds.

Seagulls, sandpipers and redshanks are also found at the Punta Entinas-Sabinar, a semi-arid ecosystem on the western coast of Almería, and a mix of sandy beaches, marshes, salt flats and dunes held steady by Mediterranean scrub.

Many such reserves are found, across every province, as are what is termed 'natural landmarks' – caves, canyons, waterfalls, and so on, deserving of special protection. One such is the 30-metre-high dune at the windswept beach of Bolonia; another is the spectacular 2km-long Cueva de los Murciélagos ("Bat Cave") in the province of Córdoba.

For a general appreciation of the geographical diversity that Andalusia has to offer, however, visitors have at their disposal a network of 'vías verdes' ('green ways'). These disused railway lines have been converted into flat, wide pathways, which visitors can use to explore the countryside on foot or by bicycle.

Some provide historical context, such as the former route of the oil train, the Vía Verde de la Subbética, which runs for 112km between olive groves and vineyards to the south of the province of Córdoba, or the Vía Verde de Riotinto, where the old mining trains once ran alongside the Tinto river.

Others, however, simply provide a way to appreciate the hills and rivers, meadows and orchards, mountains and marshes that make up this most rewarding of Spanish regions.