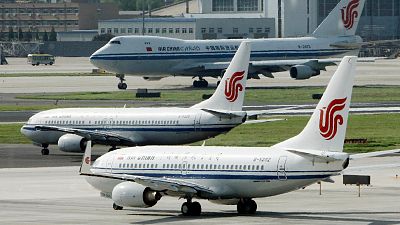 The US is striking back at China for a spate of recent flight cancellations.

Its "one-for-one response" will see 26 flights by Chinese carriers suspended this September.

Why did China cancel flights by US carriers?

As part of the China's ‘circuit-breaker’ policy, it penalises international airlines arriving with COVID-positive passengers.

In August, Chinese authorities announced that if 4 per cent or more of a flight's passengers test positive for COVID-19 on arrival in China, the airline will face one flight suspension on that route. If the number reaches 8 per cent, two flights will be suspended.

The US Department of Transportation (DOT) has retaliated in kind, cancelling 26 flights by Xiamen, Air China, China Southern Airlines and China Eastern Airlines. The suspended flights fall between 5 and 28 September 2022 and include 19 China-bound flights from Los Angeles and seven China Eastern flights from New York.

The US DOT says it has repeatedly raised objections with China, saying the rules place "undue culpability on carriers" when travellers test negative before boarding their flight from the United States only to "test positive for COVID-19 after their arrival in China."

In a statement, DOT also claims that since March 2020, "China has unilaterally imposed frequency and capacity restrictions that are inconsistent with the terms of the US-China Air Transport Agreement." They refer to their flight cancellations as a "one-for-one response."

However, the DOT’s retaliatory move has been slammed as "extremely irresponsible" and "groundless" by the Chinese Embassy in Washington. It argues that China’s measures were fair and transparent, applied both to Chinese and foreign airlines and were consistent with bilateral air transportation agreements.

US-China tensions over flights have risen throughout the pandemic

Beijing and Washington have sparred over air services since the start of the pandemic. In January, the DOT suspended 44 US-China flights by Chinese carriers in response to China's suspension of 44 flights by US carriers.

In August 2021, the US DOT slashed passenger capacity by 60 per cent on four flights from Chinese carriers for four weeks after Beijing imposed identical limits on four United Airlines flights.

The three US airlines and four Chinese carriers typically operate about 20 flights a week between the countries, well below the figure of more than 100 a week before the pandemic.