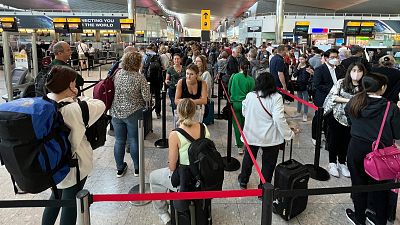 Going on holiday this summer? Brace for a delay or a cancellation - especially if you’re travelling somewhere in Europe.

Winding queues and piles of abandoned luggage are becoming an increasingly common sight in airports across the continent.

Airlines have cancelled tens of thousands of flights since May, leaving passengers stranded, while airports have struggled with industrial action and technical glitches.

Travel is risky everywhere. Yet some destinations are markedly more chaotic than others. But why?

Is Europe the worst for travel chaos?

Travellers are facing chaos across the globe. Since May, U.S. airlines have cancelled more than 21,000 flights, or about 2.7 per cent of the scheduled total.

The July 4 weekend - an American holiday - has seen hundreds of flights cancelled and more than 12,000 delayed.

However, the number of cancellations still pales in comparison to the European total.

Europe had more than double the cancellations of US carriers between April and June, data from flight tracking company RadarBox.com reveals.

The reason is partly to do with staffing. US airlines also slashed staff during the pandemic, making 90,000 workers redundant. However, most American carriers - including big hitters American, Delta, United, and SouthWest - started recruitment in the middle of 2021, in line with the return of domestic travel.

Another key point is that due to less vigorous and varying COVID restrictions between states, US flight numbers didn’t drop as significantly as those in major European countries. 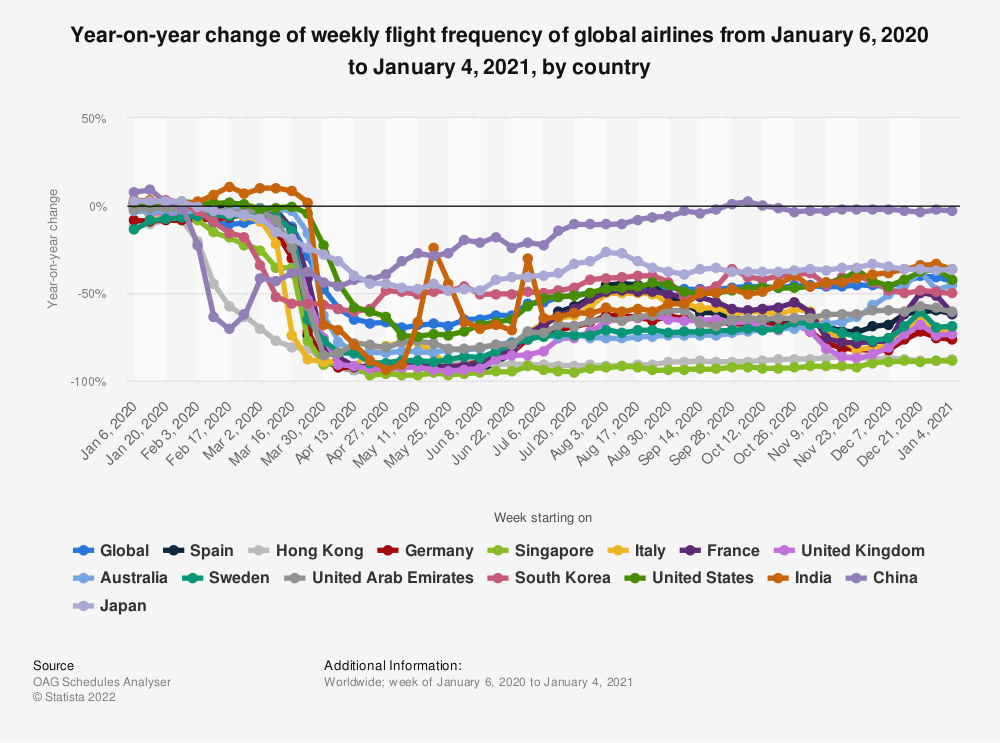 Plus American air traffic rebounded more quickly than European travel, largely due to the huge domestic network. In 2021, domestic air travel reached more than 70 per cent of pre-pandemic levels.

These recruitment drives are ongoing. Currently, Delta and United Airlines are hiring an average of 200 pilots per month.

However, it’s not been as sustained or as acute as in Europe, where queues and cancellations are quickly becoming air travel norms.

Understaffing and strikes in Europe’s airports

European airports are struggling to cope with an extreme staffing deficit.

At the peak of the COVID-19 pandemic, airports and airlines made roughly 191,000 European aviation workers redundant.

According to a study published in January 2021 by the European Transport Workers Federation 58.5 per cent of airport ground staff were at out work at the time. At least 23 per cent of them were made redundant.

Now, as travel resurges for the first time since 2019, there are not enough staff to man baggage checkpoints, security, and flight crews.

Recruitment drives have been held back by lengthy security checks and unattractive working conditions.

Spanish Ryanair air crew last week announced 12 days of strikes in July, while easyJet staff will walk off the job for nine days.

“This will be only the first of a series of protest actions that will make the summer hot,” a spokesperson for the UIL Trasporti union warned.

Europe leads the rebound in travel - but airlines are struggling

These staffing shortages and industrial disputes have coincided with a rebound in international travel.

This boom is partly due to the swift relaxation of COVID rules, led by European countries. At the start of the summer season, 31 European destinations had no COVID entry rules in place.

Airports like Heathrow and Schiphol have begged airlines to cut flights, while many carriers have been forced to pre-emptively cull their schedules by thousands of trips.

“Making these cancellations is not something we take lightly,” former easyJet chief operating officer Peter Bellew told staff after cutting dozens of flights.

Understandably, travellers were not so circumspect.

“Don’t you love it when easyJet ruin your holiday,” one twitter user posted after a flight cancellation.

The budget carrier is not alone. BA cut 8000 flights from their October-March schedule, while Lufthansa reduced their summer schedule by 3100 flights.

“Too many employees and resources are still unavailable, not only at our infrastructure partners but in some of our own areas, too,” the German airline wrote in a letter to customers.

How long will travel chaos last?

Unfortunately, the end may not be in sight.

Chaos will likely continue to the end of the summer, as passenger numbers increase above and beyond staffing capabilities. Recruitment drives are ongoing, but it takes time to train staff in roles like security and baggage.

Air Council International - Europe's trade body for airports - have predicted that delays are inevitable at two-thirds of European airports this summer.

In the meantime, follow these tips to make sure your journey is as smooth as possible.

Alternatively, ditch flying all together and embrace train travel this summer.