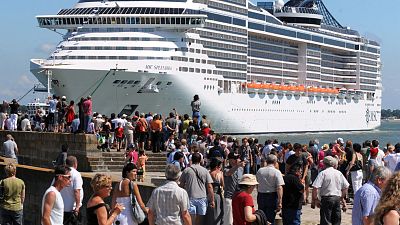 Tourists aboard cruise ships to Barcelona will soon have to pay another tax to help curb pollution in the Spanish port city.

These costs - along with an existing €1.75 surcharge - are usually included in the cost of booking cruises or hotels.

Specifics of the new tax will be outlined “in the coming weeks,” said the Catalonian minister for climate action, Teresa Jordà.

How much will the new tax cost visitors?

The Catalan government - the devolved authority governing Barcelona - has not yet announced how much the new tax will cost visitors.

“We expect to be able to present, in the coming weeks, the government's proposal to regulate emissions in the port areas of Catalonia,” Jordà said.

“We will be delighted to be able to share with Barcelona town hall the work carried out and the formula for this tax."

Barcelona isn’t the only European city hoping to curb the environmental impact of cruise ships.

In 2021, over-touristed Venice banned large cruise ships. From next year, the Italian travel hotspot is also planning to charge visitors a €10 entry fee.

How will the new cruise ship tax help the environment?

In 2019, roughly 3 million passengers disembarked in the city, with daily cruise visitor numbers exceeding 10,000 for 139 days in the year.

Barcelona’s cruise traffic takes a toll on the environment.

A 2019 report found that the city suffered more air pollution from cruise ships than any other European port.

Cruise vessels in Barcelona emitted 32.8 tonnes of sulphur oxide (SOx) in 2017, the year of the report’s focus.

“The enormity of the problem caused by monster ships is finally starting to be realised,” says Faig Abbasov, shipping policy manager of the NGO behind the Transport & Environment report.

“Luxury cruise ships are floating cities powered by some of the dirtiest fuel possible. Cities are rightly banning dirty diesel cars but they’re giving a free pass to cruise companies that spew out toxic fumes that do immeasurable harm to those both on board and on nearby shores.