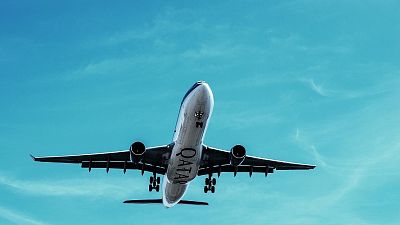 While many of us have missed out on holidays thanks to the pandemic, 2022 might be the year that international holidays become a thing again.

But if taking a break from flying means you’re feeling more nervous than usual about jetting off, booking with one of these airlines may reassure you.

AirlineRatings.com have analysed 385 different air travel companies to find the 20 safest in the world. In a separate poll, they’ve also pulled together the top 10 budget airlines too. So whether you’re flying first-class or economy, you’ll know you’re in safe hands.

To work out their top 20, AirlineRatings.com looked at a range of factors, including serious incident records for the past two years, government audits, fleet age and of course, COVID-19 safety protocols.

Which is the safest airline to fly with in 2022?

Air New Zealand came top of the table thanks to a range of safety improvements it has made since the last report, including using real-time monitoring of its plane engines and a new air navigation system. The airline also has a very young fleet - the average age of its planes is just 6.8 years.

The survey also took into account that the airline operates in challenging weather conditions and across remote environments too.

The survey also took into account that the airline operates in challenging weather conditions and across remote environments too.

“Air New Zealand is very humbled to receive this recognition, particularly given the high safety standards the airline industry holds itself to. We’re in good company and a big congratulations to all airlines on the list,” Air New Zealand’s chief executive Greg Foran told AirlineRatings.com.

“The Air New Zealand promise is to take manaaki (care) further. To do that we have to take our approach to safety further. For us, it’s not about safety first – it’s about safety always. We want everyone to go home safely every day.”

What other airlines made the top 20?

Qantas, Australia’s flagship airline, lost its number one ranking due to an incident at Perth Airport in 2018. The event saw a 737 crew, which had just exited a runway, taxi past stop bars and almost collide with another 737 which was in its take-off roll.

The report for this incident wasn’t filed until 2020 meaning it has affected the 2021 safety rankings, with Qantas dropping to number seven.

The UAE’s Etihad Airways comes in second, while Qatar Airways makes it to number three. The rest of the top 20 are:

Which are the safest budget airlines in 2022?

The ratings website also picked ten of the safest budget airlines for travellers too. Though they’re not ranked in any particular order, these are the safest low-cost airlines to fly with this year:

And if the thought of flying still makes you nervous, remember that air travel is regarded as the safest form of long distance travel. According to IATA, in 2018, 4.3 billion passengers flew safely on over 46 million flights.