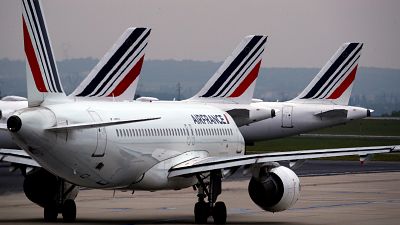 The CO2 emissions from five of Europe’s biggest airports combined surpass those of the whole of Sweden, an airport emissions tracker shows.

The figures come from The Airport Tracker, an online tool illustrating emissions from aircraft departing from airports around the world.

The tracker is a joint project by the International Council on Clean Transportation (ICCT), ODI, and Transport and Environment (T&E).

It shows the total amount of passenger-related emissions generated by each airport , but doesn’t include freight.

Because many of the flights from these airports have destinations outside of Europe, they are exempt from the EU and UK’s cap and trade schemes, which only cover domestic EU flights.

For example 80 per cent of Paris Charles de Gaulle’s emissions come from long-haul flights, whereas smaller airports, such as Krakow, are largely short haul. Therefore smaller airports are being taxed more than larger ones which operate longer, higher-emission flights.

All five large airports mentioned above have plans for expansion.

Jo Dardenne, aviation manager at T&E, said: “Unlike cars or power stations, most flight emissions are released outside of Europe’s borders, leaving the vast bulk of emissions from European airports scandalously overlooked. All flights should be included in the emission trading system, not just the ones within Europe.”

“We can now see the alarming extent of airport emissions and it is clear that the aviation sector isn’t doing enough to curb its pollution. We cannot justify airport expansion in this time of climate crisis,” she added.