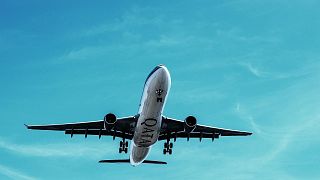 Last year, many people took their first flights after the pandemic travel haitus, while for some 2023 will be the year they get back on board.

But if taking a break from flying means you’re feeling more nervous than usual about jetting off, booking with one of these airlines may reassure you.

AirlineRatings.com have analysed 385 different air travel companies to find the 20 safest in the world. In a separate poll, they’ve also pulled together the top 10 budget airlines too. So whether you’re flying first-class or economy, you’ll know you’re in safe hands.

To work out their top 20, AirlineRatings.com looked at a range of factors, including serious incident records for the past two years, government audits, fleet age and of course, COVID-19 safety protocols.

Which is the safest airline to fly with in 2023?

Quantas came top of the table thanks to "an amazing record of firsts in operations and safety" leading it to be "accepted as the industry’s most experienced airline," according to the air safety rating site.

It missed out on the top spot last year, though, due to an incident at Perth Airport in 2018. The event saw a 737 crew, which had just exited a runway, taxi past stop bars and almost collide with another 737 which was in its take-off roll.

The report for this incident wasn’t filed until 2020 meaning it affected the 2021 safety rankings, with Qantas dropping to number seven.

What other airlines made the top 20?

Air New Zealand, who were last year's winners, came in second this year.

The UAE’s Etihad Airways comes in third, while Qatar Airways makes it to number four.

"These airlines are standouts in the industry and are at the forefront of safety, innovation, and launching of new aircraft," AirlineRatings.com Editor-in-Chief Geoffrey Thomas said of website's ranking.

“Our top 20 safest airlines 2023 are always at the forefront of safety innovation, operational excellence, and the launching of new more advanced aircraft like the Airbus A350 and Boeing 787.”

Which are the safest budget airlines in 2023?

The ratings website also picked ten of the safest budget airlines for travellers too. Though they’re not ranked in any particular order, these are the safest low-cost airlines to fly with this year:

And if the thought of flying still makes you nervous, remember that air travel is regarded as the safest form of long distance travel. According to IATA, in 2018, 4.3 billion passengers flew safely on over 46 million flights.