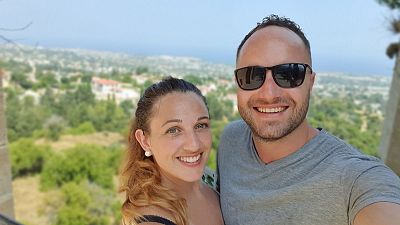 Travellers in South Africa are being forced to leave the country as quickly as possible, as Europe imposes travel bans over the new ‘Omicron’ COVID-19 variant.

The European Commission has recommended that EU countries suspend air travel from countries in southern Africa, after the UK added them to its red list last night.

The World Health Organization has classified the new Omicron strain as a 'variant of concern.'

South Africa’s foreign minister Naledi Pandor has accused Britain of being “a bit rushed” in its decision, and is asking leaders to reconsider. The World Health Organisation (WHO), urged countries to take a “risk-based and scientific approach” before announcing travel bans.

It comes amid accusations of injustice, as South Africans and observers point to the hoarding of vaccines in richer countries as a factor in the mutation of the B.1.1.529 (‘Omicron’) variant.

Experts at Global Justice Now say the variant was “entirely avoidable” had the UK and EU heeded southern African nations’ calls to waive intellectual property on vaccines, tests and treatments.

South Africa’s advanced genome sequencing also means that the ‘Omicron’ variant was quickly detected. Some citizens now feel their country is being “penalised” for finding a COVID variant which would go unnoticed elsewhere - and is also currently spreading in other countries.

The UK only removed South Africa, Botswana, Lesotho, Eswatini, Namibia and Zimbabwe from its red list on October 11. The six countries went back on the ‘no-go’ list at midday today (Friday 26 November) with a temporary flight ban until 4am on Sunday 28. Only UK and Irish residents can arrive back after this time, and must quarantine in a government-approved hotel facility which cost approximately £1,500 (€2,000) per person for a 10-day stay.

We spoke to a British woman currently working in Cape Town, and a Cyprus-based couple hoping to get married in Stellenbosch in the new year to find out how they’re affected.

Julia Stanyard, 26, works as an analyst at the Swiss-based Global Initiative Against Transnational Organised Crime (GITOC). A UK national currently on secondment at the NGO’s Cape Town office, she is trying to fly home to Geneva as soon as possible.

Travel agents are at “panic stations” she says. With the UK, Germany, Italy and France already announcing air travel restrictions, a “domino effect” is at play. Connecting flights through major hubs like Heathrow are also off limits, so travellers are chasing fewer and fewer flights home.

“It’s bewildering because the situation seems to be changing so fast, even more so than at other points during the pandemic.”

Having got one of the last flights home for Christmas last year - before the UK imposed another lockdown over the Delta variant - “there’s very much a sense of déjà vu,” she says.

Working in an international organisation, with colleagues particularly prone to miss out on work and family time due to flight changes, “everyone is very apprehensive about going into this kind of limbo state once again.”

Her boss is concerned that even Julia’s three month working visa may not be enough if the European restrictions last as long as last time.

Among South Africans, there’s a lot of anger at the UK’s sudden ban, says Julia. “The general perception - not wrongly - is that the UK has managed its own COVID situation so badly.

“It’s politically useful for them to use the travel ban to make them look decisive; and blame it on the external, when actually the internal management of COVID in the UK has just been so shoddy.”

People have watched that from afar, she says - such as the mask-less summer festivals - and contrast it with the stricter measures still in place in South Africa. With a much lower percentage of the population vaccinated (only around 21 per cent), people have a more careful attitude compared to the “general exhaustion” with the pandemic in much of Europe.

No new domestic measures have yet been added to these. “Everyone’s general sense is that lockdown's economic impact is really big here, so it would be very difficult to have another lockdown.”

The couple due to get married in South Africa

When the UK took South Africa off the red list in October, Sophia, 35, and Hendrik, 32 were excited to go full-steam ahead with their wedding planning in Stellenbosch in February 2022.

The couple, who live in Cyprus, were excited to bring together Hendrik’s South African family and friends with Sophia’s relatives from Europe, and finally sent their invites out to Britain.

“This new ban won’t stop us heading to South Africa,” says Sophia. “We are determined to see people, to not move the date and just accept that it will be a smaller function and unfortunately that some of my closest family in the UK might not be able to make it, due to having kids to put back into school, work to attend and mainly the extortionate hotel quarantine costs.”

Sophia agrees that the UK’s swift ban was in part a political one. “I think the UK government needed to save face and react instantly, as we all know they didn’t do it the first time round.

“Now people like us who followed all the rules, got vaccinated and hoped for new beginnings in 2022 will suffer.”

“It’s not just us,” adds Hendrik, “It means anyone in South Africa who has family anywhere and who wants to visit them, will become part of the problem.”

Can you still travel to South Africa?

South Africa’s borders remain open, and a statement from South African Tourism maintains the country is, “ready to welcome leisure, tourist and business events delegates from all over the world.”

With southern Africa on the verge of summer, the region was set to welcome back European tourists who typically flock for safaris, wine-tasting and other outdoor activities during the European winter months.

Tourism Minister Lindiwe Sisulu says she is “disappointed” by the announcements from the UK, EU and Japan which will have a “devastating” impact on the tourism sector.

“We remain open for business and tourism travel and we appreciate the continued support from various partners across the world and are confident that through the tourism recovery plan in place, we will reignite demand and once more be tourism strong,” she said today.

If you have booked a holiday to South Africa over Christmas it’s a good idea to see what your airline and accommodation say before cancelling. If your airline cancels your flights you will be entitled to a full refund. If you cancel the flights, it may be more difficult to get the money back.

If a travel warning is still in place when you are due to be away, you can cancel the holiday for a full refund, even if flights are still going.

Check our full list of travel restrictions for every European country here.