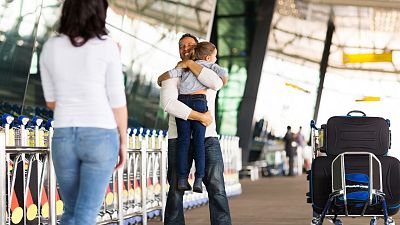 England will now require travellers to do an antigen test after they arrive, rather than a more expensive PCR test. The new rule, announced yesterday, will be effective as of 24 October.

Although called a ‘day 2 test’ it can, in fact, be done on or before day 2, as we revealed last month. Day 0 is the day you land in the UK, so you effectively have 3 days to get an antigen test done.

The change applies to fully vaccinated travellers and most under 18s arriving into England from non-red list countries. Those arriving from red list countries have to go into managed quarantine hotels for 10 days and take a PCR test on or before day 2 - and on or after day 8 of quarantining. These are included in your hotel package.

Where can you get a lateral flow test?

Day two lateral flow tests from private providers will be available to book here from 22 October.

It’s important to remember that free NHS Test and Trace tests are not allowed to be used for travel.

Airlines are pleased with the news, saying it will come as a relief to families who previously had to fork out hundreds for PCR tests.

How will the new lateral flow system work?

From 24 October, travellers will be required to take a photo of their completed lateral flow test alongside the booking reference from the testing company. This should then be sent back to them to verify the result.

You must also still complete a passenger locator form.

And if you don’t want to wait until day two of being back in the country, this trick might help you out. It is within the rules to be tested as soon as you land at the airport. Most UK airports have testing centres.

Just like before, if you test positive you will need to self-isolate and then take a PCR test once you’re feeling up to it to confirm if you have COVID.

“Testing, along with vaccines, remains one of our first lines of defence against Covid-19,” says Dr Jenny Harries, chief executive of the UK Health Security Agency (UKHSA).

“Getting a test as early as possible on arrival and isolation when necessary, can help control the spread of the virus and protect one another.”

How has the travel industry reacted to the news?

The rule change will come as welcome news to the thousands of British travellers booked to go abroad. The UK’s testing rules have been viewed as especially unfair to families, who have to pay for testing for multiple people.

The airline industry is similarly pleased with the boost it will bring in bookings. “This is great news and we’re pleased to get it over the line in time for the crucial half-term period, which will be a massive relief to families desperate to get away this autumn,” says Tim Alderslade, chief executive of industry body Airlines UK.

“Vaccinated passengers can be reassured that they do not need to book or take an expensive PCR test when they return to the UK, which will further reduce the cost of travel.”

How much were PCR tests in the past?

In the past, the UK’s PCR testing system has been criticised for having "excessive" pricing and being "exploitative”. As the average test would cost £75 (€89) per person, a family of four would end up having to pay a minimum of £300 (€355) on top of flights and accommodation for just a week’s holiday.

The new rules currently only apply in England - not yet in Scotland, Wales or Northern Ireland as policy on travel is devolved in the UK nations.