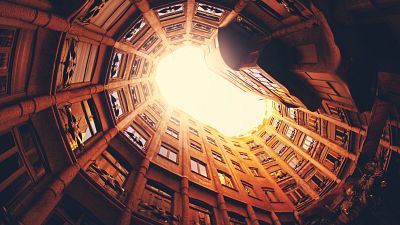 Europe’s cityscapes are beautifully varied, full of history and a variety of artistic movements tied to politics, religion and more. The following six cities are well-known for particular architectural styles, great for photos and visits.

Gothic architecture lasted between the mid 12th century and the 16th century.

It is characterised as a type of masonry building with cavernous spaces, high ceilings, pointed arches, and often stained glass windows.

As the capital of Croatia and the country’s largest city, Zagreb has a long history, demonstrated in its architecture. The cityscape’s gothic features were often built in the 14th century, supported by preaching orders like the Franciscans and knightly culture.

Art Nouveau architecture was most popular from the late 19th century to the early 20th century.

It made use of modern materials such as iron, glass and ceramics, as well as drawing inspiration from natural forms such as plants and flowers.

Spots like Karlsplatz station and the Vienna Secession are beautiful examples, of which this city has many.

Moorish architecture developed in the western Islamic world, particularly al-Andalus, which was once Muslim-ruled Portugal and Spain.

It blended North African Berber influences with those of pre-Islamic Iberia and the Middle East. Distinctive features are domes, the style’s trademark arches, calligraphy and geometric shapes.

The Alhambra and the Palacio de Generalife are key spots to visit for gorgeous details.

A post shared by Katie | Look Up London Walks (@look_uplondon)

The style is often characterised by half-timber buildings, leaded windows and low arches. St James’ Palace in the heart of the city and Queen Elizabeth’s Hunting Lodge offer two very different examples of the period’s architecture.

Brutalism emerged in the mid 20th century out of the modernist movement. It is generally characterised by its use of rough, unfinished surfaces, unusual shapes, heavy-looking materials and straight lines.

Chosen by the Yugoslav government to demonstrate modernity and openness, it became ubiquitous in Belgrade.

Brutalist architecture can be found throughout the city, from the Eastern City Gate to the Genex Towers in New Belgrade.

Baroque architecture is characterised by its theatrical, decorative style, introduced in the early 17th century to battle the Reformation by inspiring awe in worshippers.

Today, its buildings continue to surprise, characterised by the use of painting and sculpture, crowded ceilings, twisted columns, and grand staircases.

In Lisbon, key examples include the Church of Santa Engrácia and the Palace of Mafra. Going through the movement later than others and during a period of sudden wealth, Portugal’s baroque is significantly simpler than those of countries like Italy.