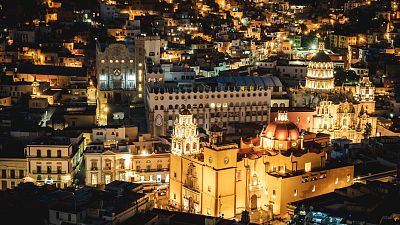 It’s not uncommon for towns and cities in Europeto take a little inspiration from each other. After all, so many architectural movements have originated from the continent over the past few centuries.

But what about encountering the Eiffel Tower in South Africa? Or an Italian shopping promenade in China? The mind boggles.

Here are some incredible examples of places around the world that have embraced the look and feel of Europe.

Homes in Normandy Village are so desirable the last publicised apartment on the market asked for over half a million dollars back in 2019.

This particular spot recently went viral on Twitter for its storybook-like qualities. One look and you’ll be convinced you’re on the set of the latest Disney live action remake - its thatched cottages are that charming.

Back in the 1920s, California had a short love affair with Norman architecture and this secluded treasure is the result. It’s so strange to think that the village is hidden mere streets away from the buzz of the San Francisco bay.

Situated in the town of Hartbeespoort, South Africans that don’t wish to make the 15-hour trip to the real deal can always head to Little Paris instead. It is often depicted as a romantic destination for those wanting a taste of the French capital in every sense.

Little Paris is home to a restaurant and a deli serving up french toasts, tarts and filet mignon to graze on as you survey its inspired boutique.

The area even contains a replica of Paris’ Pont des Arts, the bridge over the River Seine where lovers famously leave padlocks with their names on them. That said, the replica Eiffel Tower is the prime photo opportunity and does an impressive job of mimicking the real thing.

Mexico’s Guanajato region covers over 30,000 square kilometres of land that feels like a mash up of many different styles of European architecture that are as striking as they are confusing to the brain.

Much of the colourful hillside housing that surrounds the terrain wouldn’t look out of place in the Meditteranean - contrasted with numerous structures that took inspiration from other places across the Atlantic. The Parish of San Miguel was constructed using postcards of European Gothic cathedrals back in the 19th Century. Its spires and elegant framework are a complete standout.

But how did it happen? Back in the 19th Century, much of the Mexican baroque buildings were replaced with neoclassical pieces, primarily religious buildings (of which there are many). This gave some areas a distinctly Italian or French flair, depending on who was responsible for the construction.

Australia’s second most populated city has received long standing recognition for not having a singular ‘look’ due to its colonial roots.

Even so, you might be surprised to find that much of the Victorian architecture constructed at that time sits aside newer US-influenced skyscrapers along Melbourne’s skyline. There are also a number of parades that will be familiar to anybody that has spent the day shopping in an English village.

Melbourne’s seaside suburb of Brighton, Victoria has beach huts no different to the ones you’d find on many of the UK’s colourful coastlines too.

China has had varying levels of success within its interesting history of recreating European destinations. Some - like Shanghai’s Thames Town - end up completely devoid of any buzz or activity. Florentia Village has done a better job of this and now exists in seven locations across the country.

Florentia Village is less of an actual village and more a series of designer outlets. Each development was built with the purpose of evoking classic Italian shopping districts bar their Hong Kong branch that opts for a characteristically futuristic feel instead.

Visitors can shop at Gucci, Burberry and Prada to a backdrop of elegant pastel coloured storefronts. There is also food inspired by many nations available at each location’s restaurants.

What does the UK’s Erasmus alternative mean for students?