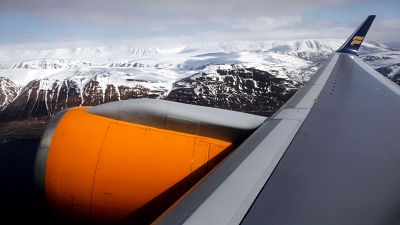 Iceland will allow in travellers from all destinations that hold a vaccine certificate   -   Copyright  AP Photo/Carolyn Kaster
By Euronews  with AFP  •  Updated: 19/03/2021

Iceland is now allowing all travellers into the country as long as they hold a COVID-19 vaccination certificate.

The health ministry announced that if a traveller has a jab certificate issued by the European Medicines Agency or the World Health Organisation no further checks will be needed.

While the country already allowed in travellers from fellow Schengen zone countries who held certificates, the measure now applies to all travellers.

Iceland, while not in the EU, has close ties to the bloc and is part of its zone of free movement.

The move comes as the EU draws up plans for its own vaccine passport scheme to bring back free movement of people within the bloc.

This week, the Commission proposed to create a Digital Green Certificate, to give assurance that a person has been vaccinated against coronavirus, received a negative test result, or has recovered from COVID-19.

It will be available, free of charge, in digital or paper format.

The vaccination certificates will be based on jabs approved by the European Medicines Agency (EMA).

But the Commission has said that individual member states could decide whether or not they accept vaccines that EMA has not yet green-lighted, such as Russia’s Sputnik V, or China’s Sinopharm, both being deployed in member state Hungary.

With its new measure, Iceland became one of the first European nations to open the Schengen external borders to third-country nationals.

Cyprus announced in early March its intention to allow vaccinated British citizens to enter without quarantine as of 1st May.

By standardising its requirements, Iceland hopes to boost the flow of visitors from the US and the UK, two countries that form important parts of its tourist markets, which are also among the most advanced in terms of vaccinations worldwide.

Almost 10% of Iceland’s population has received at least one dose of a vaccine.

Where are the best spots for digital nomads in India? Here's our guide

Super Mario has finally got his own theme park in Japan