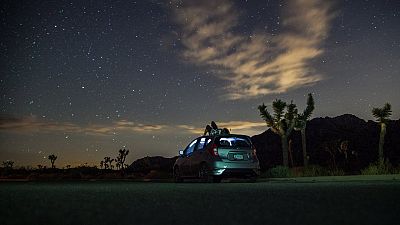 Stargazing is thought to be good for mental well being   -   Copyright  Photo by Josh Willink from Pexels
By Jenny Southan  •  Updated: 30/03/2021

Have you ever spent the night sleeping under the stars? Most wealthy Westerners haven’t even considered it, choosing instead the “luxury” of a hotel room with four walls and a roof. However, in the viral age, a craving for wide-open spaces, as well as a more pronounced desire to understand the meaning of life, will see people drawn to wilderness locations that offer peaceful, contemplative nights under the heavens.

As the world becomes more urbanised, finding night skies that are unpolluted by artificial light is getting increasingly harder. Up until now, most people plan holidays around what they experience in the daytime but as the call of the wild becomes more pronounced, post-dusk experiences such as campfires, starlight cinemas, astronomy classes, and sleeping beneath the stars will become more popular.

Why are people drawn to sleeping under the stars?

Tom Marchant, co-founder of Black Tomato says: “These days people are looking for escapes, and looking at the stars is a window into other worlds. People have been losing themselves in the night sky since the beginning of time and this is no exception – stargazing is a way of discovering ancient methods of navigation, advances of modern science, and the ability to dream all at once.”

With the on-going pandemic not just causing harm to people’s physical wellbeing, it is also inflicting great psychological damage. For many people, the experience will cause long-lasting PTSD (post-traumatic stress disorder). Although doing a bit of wild camping will hardly be a panacea, there has been consistent and compelling evidence that spending time in nature greatly improves our mental health.

How could sleeping under the stars benefit your outlook on life?

Last year, a study by Leeds Beckett University and The Wildlife Trustsin the UK found that 95 percent of people who started out with low mental wellbeing improved after working in nature for five to six hours a week for six weeks. Dom Higgins, nature and wellbeing manager at The Wildlife Trusts told The Independent: “We want to see the concept of nature on prescription becoming a core part of the NHS [National Health System] mental well-being programmes.”

Swedish survivalist Markus Torgeby agrees. The author of a new book called Under the Open Skies: A Practical Guide for Living Close to Nature, he strongly believes that a greater connection to the outdoors improves people’s mental health. This is something that Torgeby knows all about as he spent four years living in the freezing cold, remote forests of Sweden. He told GQ: “When living in that environment by myself, everything becomes black and white and you realise what is important in life.”

What can the world’s Blue Zones teach us about extending our lifespan?

'Biohack' your body with these futuristic wellness treatments